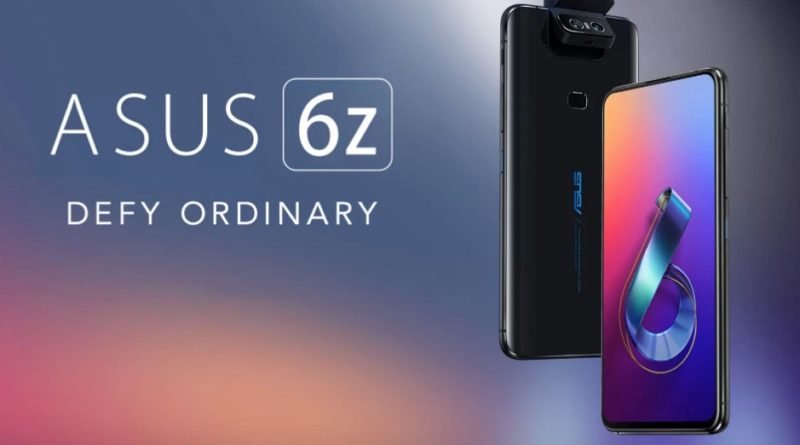 Asus is all set to launch its Next flagship smartphone Asus Zenfone 6 in India. According to reports, the Smartphone will be called Asus 6z in India instead of Asus Zenfone 6 as Global Market. And Flipkart has already listed the device on its site. The reason behind naming 6z is, Asus Zenfone 5z which was the last year flagship by Asus in India. And it was the cheapest smartphone with SD845 at the time of its launch. Coming to the specification and features Zenfone 6 will be powered by Snapdragon 855 SoC coupled with Adreno 640 GPU. The main highlight of the smartphone will be its camera. The smartphone is equipped with Rotating Camer which is a unique feature.

The Asus Zenfone 6 will come with a triple rear camera setup with a 13MP Primary sensor with f/1.79 aperture, which is a Sony IMX586 sensor with a pixel size of 0.8μm, and a 13MP secondary camera with 125-degree ultra-wide lens with f/2.4 aperture. The Company calls the camera of Asus 6z as Flip Camera. It gets the Rotating Functionality which we have seen earlier in Samsung Galaxy A80 as well.

It will come with 6.4 inches Full HD+ IPS LCD display with a screen resolution of 1080 x 2246 pixels. The display is bezel-less and the company calls it nanoEdge display. Also, the display of the Asus Zenfone 6 is protected by Corning Gorilla Glass 6 protection. Coming to the performance, the Asus Zenfone 6 will be powered by 7nm Qualcomm Snapdragon 855 Soc coupled with Adreno 640 GPU. 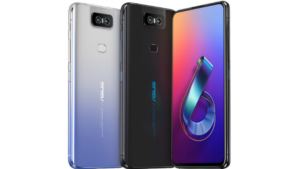 The smartphone will run on Android 9 pie out of the box with Asus ZenUI 6 on top. As far as storage is concerned, it will come with LPDDR4X RAM and up to 256GB UFS 2.1 storage. The Asus Zenfone 6 will be powered by a 5000mAh battery which will also support QuickCharge 4.0 fast charging.