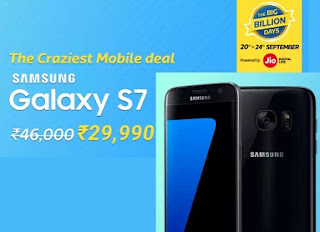 Flipkart . the biggest e-commerce platform of India is offering big billion days sale, the biggest e-commerce sale of this year from 20th September to 24th September 2017.  Just like every year flipkart is offering great discounts on Mobiles, TVs and Appliances,Fashion, Electronics, Home and Furniture etc categories. Consumers who purchase products from flipkart using SBI Debit and Credit cards will also get 10% instant discount as well. Users who are looking to buy a new smartphone under Rs. 30,000 , Flipkart is offering an amazing product for them , The Samsung Galaxy S7 at a Price Tag of Rs. 29,990 and you will also get 10% discount if you purchase it using SBI Debit or Credit Card. Samsung Galaxy S7 is the previous years’s flagship by the Samsung which offers great camera and performance, at the Price of Rs. 30,000 its definately a value for Money Device. 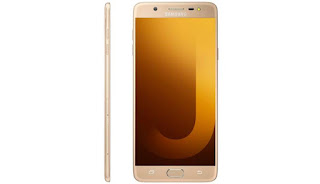