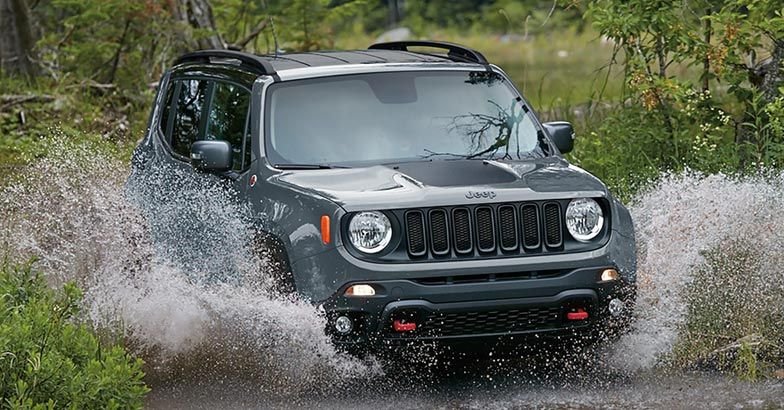 Jeep Renegade : Since the Launch of Jeep Compass in India , Jeep becomes Popular in Indian Market. Compass is selling in Good Numbers in India and Now Jeep is planning to Launch the Entry Level Sub-Four-Meter SUV in India. Mike Manley CEO of Jeep has confirmed the launch of a sub-four-metre SUV in India. However Company has not Revealed that They will Launch Renegade or All New Car in India. But According to the Rumours Jeep Renegade will be the Next Car to Launch in India by Jeep.

The Popularity of Sub-four-meter SUVs Incrreasing day by Days As these cars offers Huge Space and Great Commanding View. Also the Indian Roads are Not that Good for Premium Sedan cars. Thats the Reason Why Most of Premium Sedan Buyers are Moving to Compact SUVs.

Jeep Renegade shares same platform on which Compass is Made. Also both Cars Shares the Same Powertrains. Compass Comes with 1.4 Litre MultiAir engine with a 6-speed manual transmission which also gets in Renegade in US Market. Renegade may come with this Engine in India as well. However it is not yet confirmed by the Company that Renegade will also come in Automatic Variant . However We Believe that Automatic variant will also Launch in India as Nowadays Automatic’s Demand is High as compared to Manual in this Segment.

The Sub-Four-Meter or Entry Level SUV’s are Most Popular Among the Buyers.  Most of the Famous Car Manufacturers has launched their Entry Level SUV under 10 Lakhs in India. Well Jeep is a Premium Brand and Jeep Renegade is much Better Product as compared to the other products available in India right Now. So we may expect the Pricing of Renegade a little Higher than Rs. 10 Lakhs in India.

Upcoming Jeep Renegade will Compete with Hyundai Creta , Tata Nexon , Vitara Brezza , Duster , Ecosport etc Cars in  India. But its Real Competition is with Creta. Creta is one of the Most Selling Car in this Segment and its Pricing is similar to the Expected Price of Renegade.