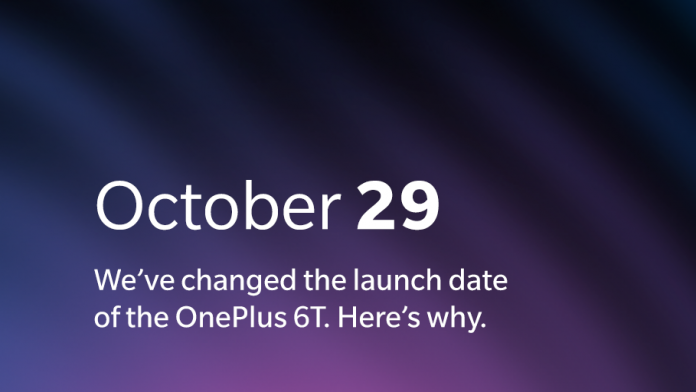 Oneplus 6t Launch : Few days ago , oneplus has officially scheduled the launch of Oneplus 6T on 30th October 2018. Now the company has changed the product launch date to 29 October 2018 in New York City at 11 AM ET (8:30 PM IST). However, the India OnePlus 6T launch date has not been changed by the company. The OnePlus 6t will launch in India on October 30 in New Delhi.

“For hours, we talked to our press contacts to gain insight into how Apple’s announcement could affect the launch of the OnePlus 6T. We received considered honest and thoughtful feedback. They showed us that if we chose to stick to our original timeline, launching the OnePlus 6T on October 30, we would be overshadowed by Apple.”

The device may come with a 6.4 AMOLED Display with Resolution of 2340 x 1080 pixels and a small notch on the top ( similar to oppo f9 pro notch). The device is expected to feature Light-sensitive fingerprint sensor under the display. 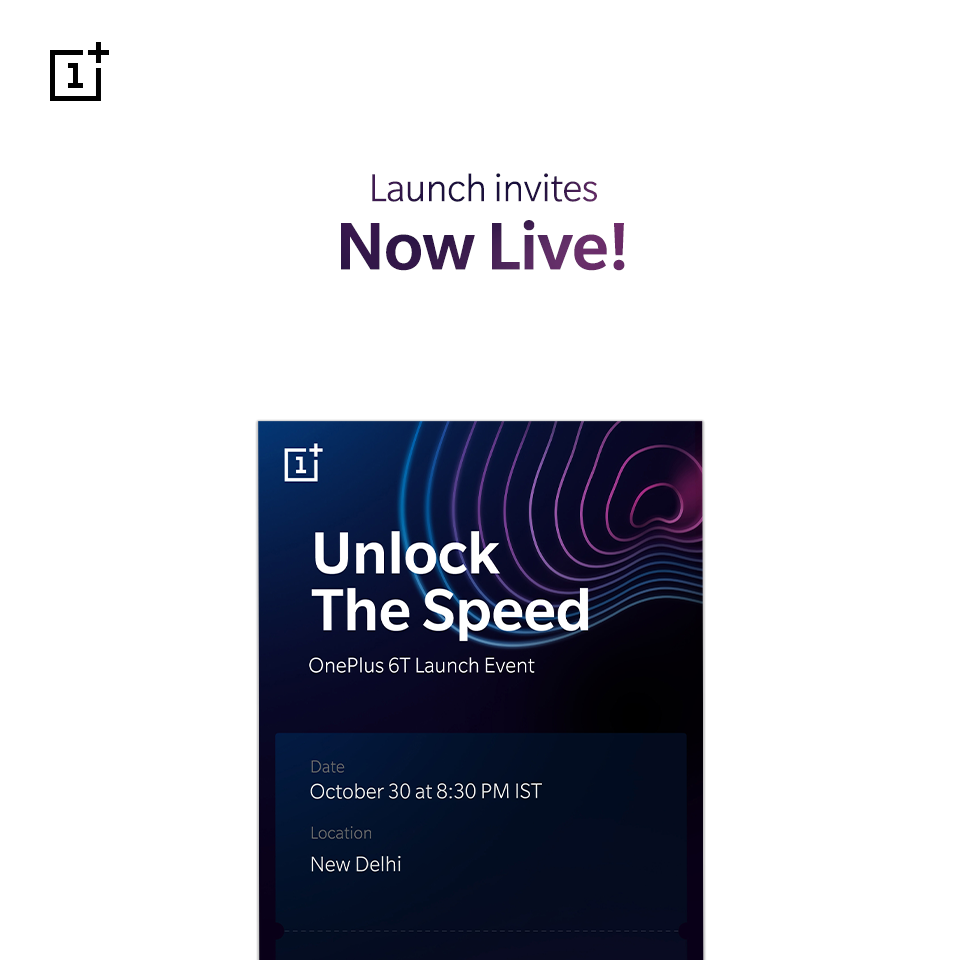 As above mentioned , there is no change in the India Oneplus 6T Launch . The smartphone is going to launch in India on October 30 in New Delhi 8:30 Pm IST. You can also buy the Launch event Tickets from Oneplus India website at Rs. 999 per ticket. You can also pre-book the smartphone at Rs. 1,000 and get get gifts worth Rs. 2,000.