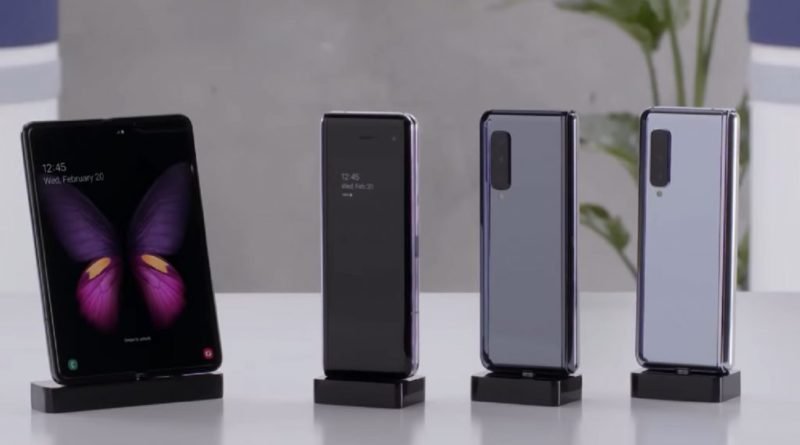 Samsung has showcased its first foldable smartphone Samsung Galaxy Fold last month at an Unpacked event held in San Francisco. The device gets lots of attention from people around the world. It has become one of the most searched topic on the Internet in the last 30 days. When it comes to India launch , Samsung Electronics CEO DJ Koh confirms that Galaxy Fold will be launched in India as well after its Global Unveil. At the event Dj Koh says “Indian market is, I clearly said, most important market – not only investment and everything, my long-term commitment is towards the market. In this market, why will I not deliver my newest technology innovation? Yes, I will do,”.

The Samsung Galaxy Fold is the most premium smartphone by the company. When it comes to pricing , the device comes with a price tag of $1,980. And will go on sale starting from April 26 onwards. There is not a single word on India availability but it will be launched in India few weeks later.

The Galaxy Fold comes with two displays- one is a 4.58-inch HD+ Screen with resolution of 1960×840 pixels and 21:9 aspect ratio. Another is a foldable 7.3-inch QHD+ Infinity Flex display with resolution of 2152×1536 pixels. There is a tablet-like experience from 7.3 inch display. Coming to the performance , the device is powered by Qualcomm’s Snapdragon 855 SoC which is coupled with 12GB of RAM and 512GB Internal Storage. The smartphone runs on custom UI based on Android 9.0 pie which also features three-app multitasking. The smartphone is powered by 4,380mAh battery which also supports wireless and reverse wireless charging. And it also supports 5G networks and AKG-tuned stereo speaker. 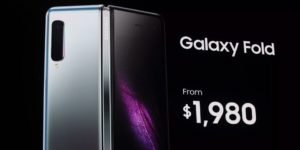 Samsung Galaxy Fold has been launched at a price of $1,980 ( Rs. 1,38,000 approx). The device pre-orders will start from April 26 onwards in selected countries. As far as India launch is concerned , the expected launch date of Galaxy Fold in India is in First Week of May 2019. Also there are leaks that it will be priced more than Rs.1,41,000 in India.