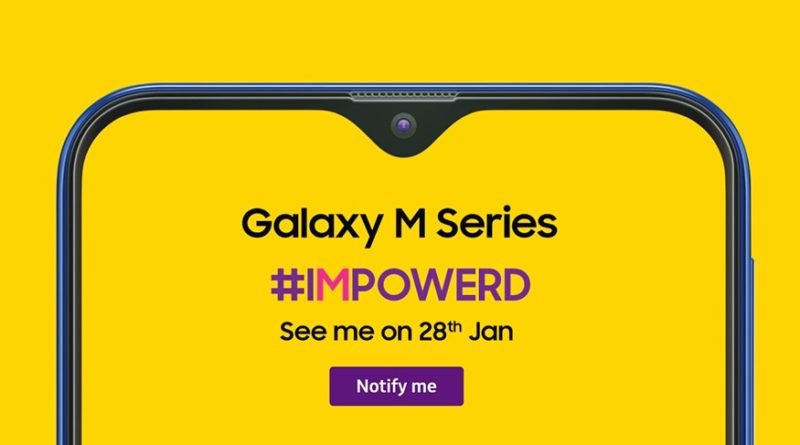 Samsung Galaxy M series , the all new upcoming series by Samsung for India is going to launch in India on 28 January.  The all new M series is India Exclusive and only made for Indian Market. The Company is continously posting teaser on its social page with hashtag #impowered which basically translates ” I AM POWERED “. According to reports , the M series smartphones will come with Powerful Processor , New Design and big battery.

The Samsung Galaxy M10 is expected to come with a 6.5-inch display with water drop notch display. This new display from Samsung is named as the Infinity-U and Infinity-V display. The smartphone is expected to feature dual camera setup on the rear with a wide angle lens.

Coming to the performance, the Galaxy M10 will be powered by a mid-range Exynos 7870 processor. The device may come with only one variant with 3GB RAM and 32GB Internal storage which can further expanded via Micro-SD Card. m10 will come with 3400 mAh capacity. which will also support fast charging. The smartphone is also expected to come with type C post instead of Micro Usb port. It will run on Android 8.1 oreo out of the box.The samsung galaxy M series will replace the old  and outdated On series and J series by Samsung.