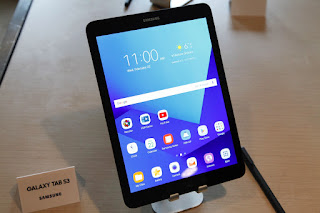 Samsung Galaxy Tab S3 was showcased in MWC in February this Year, now Samsung launches the Tablet officially in India for Rs.47,999. Samsung galaxy Tab S3 was launched at an event held in Bengaluru where the tablet was displayed for Hands on. The Tablet comes in two color options black and silver. 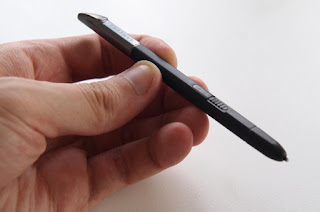 Samsung Galaxy S3 is powered by 64bit Quad-Core Snapdragon 820 Processor clocked at 2.15GHz . The Tablet comes with 4GB RAM and 32GB internal storage which can be expanded upto 256GB via Micro-sd card. Coming to the display , the tablet comes with 9.7 inch Super AMOLED display with a resolution of 2048 X 1536 Pixels. Coming to the camera , the tablet comes with 13MP camera at the rear and 5MP front facing camera. The tablet is powered by 6,000mAh battery  which will give you battery backup of one and a half day easily. The Tablet runs on Android 7.0 Nougat out of the box.Tablet also comes with  4G Volte such that you can also use Jio in this device as well.The main highlight of this tablet is that it comes with S pen feature which will make you life much easier and better as it contains feature like action memo,smart select, screen write, s note and much more.
Samsung is also offering introductory offer with this tablet like Reliance Jio free data or double your data, screen replacement on this device valid until 31 July.