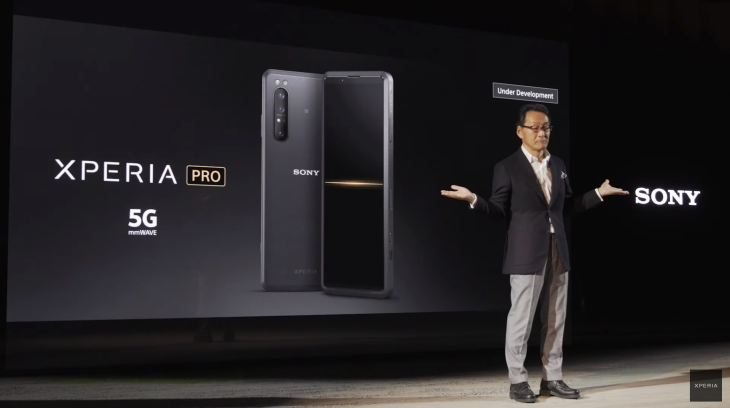 Sony has launched its new premium smartphone Xperia Pro 5G. The smartphone is priced higher than the Samsung Galaxy Fold 2 and Apple iPhone 12 Pro Max 512GB. It comes with unique features like 4K OLED Display and HDMI Support. The Xperia Pro 5G is currently available for sale in the US only. It may soon launch in other countries as well including India.

It is a camera-centric smartphone, made especially for photography and videography. Sony has also given Micro HDMI Port in this device such that the device be used as a viewfinder for Alpha DSLRs. It also comes with a built-in network analyzer app to maximize the network connection speed. Using this feature, users can also transfer their footage from a camera to an FTP server using its inbuilt 5G connectivity.

Coming to the Specs. It sports a 6.5-inch 4K HDR OLED display with a resolution of 1,644×3,840 pixels and an aspect ratio of  21:9. The display also features a dedicated Creator mode by CineAltra and Gorilla Glass 6 Protection.

Under the hood, it is powered by Qualcomm’s Snapdragon 865 SoC coupled with Adreno GPU. In terms of Storage, it gets up to 12GB of RAM and up to 512GB of UFS storage. The smartphone also supports storage expansion up to 1TB through a microSD card. It runs on Android 10 out of the box.

Talking about Camera which is also one of its Main Highlight. It comes with a triple rear camera setup, With a 12-megapixel primary Exmor RS mobile sensor with an f/1.7 Aperture. A 12-megapixel Ultra-wide-angle lens sensor with a 124-degree field-of-view (FoV),  f/2.2 aperture and a 12MP Telephoto lens with  f/2.2 aperture. At the front, it sports an 8MP Camera with f/2.0 Aperture for taking Selfies.

Xperia Pro launched in two storage options – 8GB / 12GB RAM + 256GB Storage. Sony Xperia Pro 5G comes with a Price tag of $2,500(Rs 1,83,000 approx) for the 8GB RAM and 256GB Storage Variant. The price of the smartphone is higher than iPhone 12 Pro Max 512GB and Samsung’s Premium Galaxy Fold 2 Smartphone. It is currently available for purchase in US markets only. The company may soon launch it in other countries including India.