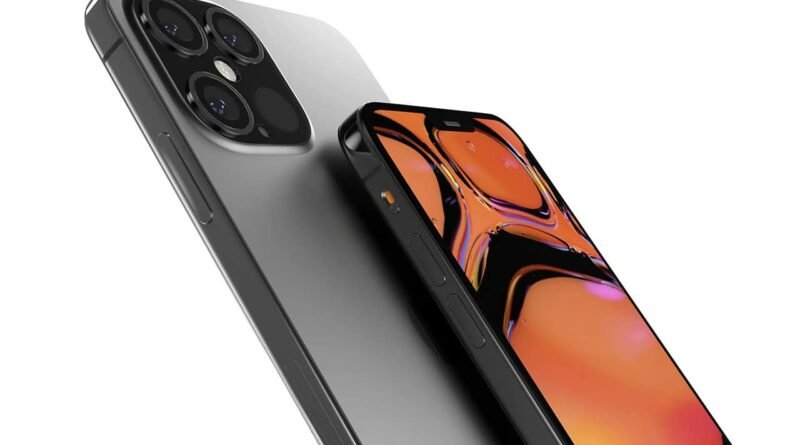 In August 2020, several manufacturers launched their flagship and mid-range smartphones in the Indian market. Devices like Samsung Galaxy Note 11 Ultra, Nokia 5.3, Realme C12 have created a lot of buzz in the Smartphone market. In September 2o20, many Smartphone manufacturers are planning to launch their flagship and Mid-Range Products in India. Now its Time to unveil Top 5 Upcoming Mobiles in September 2020. In this list, we are only including devices that offer high-spec specs and most awaited by Indian buyers. 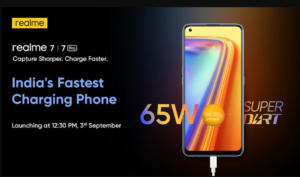 Realme is all set to launch its new mid-budget segment Realme 7 Series in the Indian market. The company has already started teasing smartphones on its social handle. The all-new 7 Series will include two devices Realme 7 and 7 Pro. Also, the company has scheduled the launch of its New devices on 3 September 2020. It will be the updated version of the ongoing Realme 6 series. However, the specifications and features of both phones have not been revealed yet. According to reports, the 7 Series will come with 65W fast charging support. As far as performance is concerned, the device is likely to get Snapdragon 720G SoC with Adreno 618 GPU. In terms of storage, both devices will get up to 8GB of RAM and up to 128GB of internal storage.

While the Realme 7 Pro will come with a 6.55 Full HD+ Super AMOLED Display. The Display will also feature a single punch hole camera at the top. It will feature Quad Rear Camera setup with a 64MP Sony IMX682 Primary Sensor with an f/1.8 aperture, an 8-megapixel secondary camera with f/2.3 aperture; a  2MP Macro camera and a 2MP Camera. It is likely to get a 32-megapixel front camera with f/2.5 aperture for taking selfies. According to the leak, it will pack a 4,500mAh battery which will also support 65W fast charging. 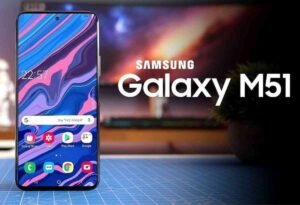 The Galaxy M51 is expected to come with a 6.67-inch full HD+ punch-hole AMOLED display. For performance, it will get power from Snapdragon 730 processor with 618 Adreno GPU. According to the reports, it will pack a 7,000mAh mass battery which will also support fast charging. It will come with a quad-camera setup at the rear with a 64MP primary camera. For storage, it will get up to 8GB of RAM and up to 128GB of internal storage. Samsung has not yet shared the launch date of the Galaxy m51. It will compete with OnePlus Nord 5G in the Indian market.

Recommended: List of Best Non-Chinese smartphones in India under 15000 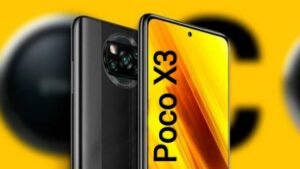 After launching the M2 Pro in the Indian market, Poco is all set to launch its new mid-budget segment smartphone Poco X3 in India. Poco has already started teasing Smartphone on its social handle and it will launch in India on 7 September. The Poco X3 will come with a 6.6-inch IPS LCD display with a 120Hz of refresh rate. In terms of performance, it will be powered by the newly launched Qualcomm Snapdragon 732G SoC in association with the Adreno 618 GPU. it will be the first Smartphone to have Snapdragon 732G Chip in the Indian market.

As per leaks and rumours, it will pack a 5,160mAh battery which will also support 33W fast charging. In terms of the camera, the company has confirmed that it will get a quad rear camera setup with a 64-megapixel primary sensor. The front can have a 20MP front camera for taking selfies. It is expected to be priced between Rs 18,000 and Rs 23,000. 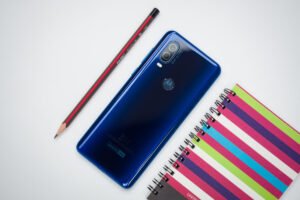 It has been a long time Moto has not launched a new smartphone under its E series. There are reports and leaks that Moto is planning to launch a new smartphone Moto E7 under its E series in India. This will be a budget segment, which can cost less than Rs 10,000 in India. The Moto E7 can have a 6.2-inch HD + display with a resolution of 720 x 1520 pixels. Under the hood, it is likely to be powered by a Snapdragon 460 processor. In terms of storage, it will get 4GB of RAM and up to 64GB of internal storage. In addition, the latest FCC listing has revealed that the E7 will have a 5,000mAh battery. It will compete with the newly launched Nokia C3 in the Indian market. 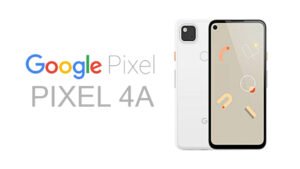 After launching the Pixel 4A in the US, Google may launch the smartphone in the Indian market in September 2020. Also, since its launch in the US market, Flipkart has been teasing the smartphone on its website. This means that the device will be available exclusively from Flipkart and Google Online Store in India. It will come with a 5.81-inch Full HD + OLED display with a resolution. The display will also have a punch-hole camera in the top right corner of the screen. Under the hood, it will get power from the mid-range Qualcomm Snapdragon 730 SoC with Adreno 618 GPU. Whereas in terms of storage, it will have 6GB of RAM and 128GB internal storage. It is likely to be priced at Rs 29,999 in the Indian market. It will compete with devices like OnePlus Nord, upcoming Galaxy M51 etc. in the Indian market.

That’s it, In this post of ” Upcoming Mobiles in September 2020 “. If you have any Questions or Suggestion then please write down in the comment section below.