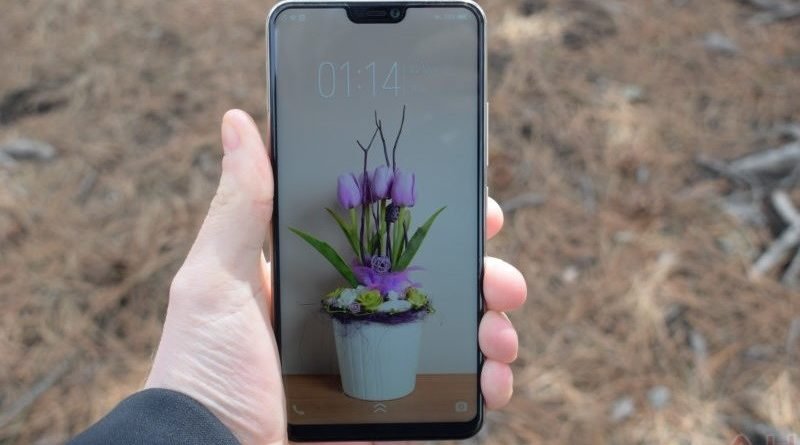 Vivo V9 Camera Review and Reasons to Buy Vivo V9 : Vivo Has Just Launched its latest flagship smartphone in India , the Vivo V9 which comes with Great Specifications and Features , Great Design and Best in Class Camera . If you are planning to buy the latest Vivo V9 smartphone and confused to buy it or not , then this post is for You . In this Post we will tell you the Reasons to Buy Vivo v9 Smartphone . Its a proper review of smartphone based on our testing of the smartphone .

V9 is powered by 2.2 GHz Octa core Qualcomm Snapdragon 626 Processor which comes coupled with 4 GB of RAM & Adreno 506 graphics processor . The smartphone gets 64 GB of internal storage which can be expanded to 256 GB via microSD card.

The Phone comes with a large 3260 mAh battery which is enough to support it’s 6.3 inch screen with TFT display having a resolution of 2280 x 1080 at 401 ppi. The screen is also protected by a durable Scratch Resistant glass.

Following are the Reasons to Buy Vivo V9

Well Vivo smartphones are Known for the Camera infact the tagline of the Brand is ” Camera and Music ” . Latest Flagship V9 is also Great Camera smartphone , Infact it is the Best Camera Smartphone in this Segment . The smartphone Features Dual Rear Cameras 16 + 5 Megapixel which comes with great modes like Professional, Ultra-HD, Slo-mo, Time Lapse, Bokeh mode, Shot refocus, HDR, Face Beauty, and Panorama etc which makes this camera ultimate. Vivo V9 also Allows Users to to adjust Backgrund Blur even after capturing the image which enables you to focus the objects even after capturing the images . Following are the camera samples of Vivo V9 :-

The rear cameras on the V9 are quick and focusing takes no time. The face recognition is impressive.  The Bokeh mode in the smartphone is also decent and mostly has resulted in clear edges. However, there were instances where we ended up with shots with no clear edges on bokeh shots.

Vivo V9 in outdoors or in bright light clicks mostly accurate and has pleasant exposures in well-lit conditions. We have to admit that Dynamic range is a little limited though HDR mode fixes the results if used.

Shots taken in indoors or in low light deliver accurate exposures and neutral white balance. There’s no optical zoom on the V9 which means you have to rely on the digital zoom which means loss of details. The bokeh mode results can be improved with more clearly defined edges. Colour rendering on the V9 is great and it manages to preserve detail in bright conditions. In low-light, there’s low level of detail preservation and the colour accuracy also takes a hit. Overall, the camera on the V9 will impress you. Camera is one of the best Reasons to Buy Vivo V9

The another Highlight of V9 is its Display . The smartphone comes with a 6.3 inch screen with TFT display having a resolution of 2280 x 1080 at 401 ppi with a a 19:9 aspect ratio. The Display quality is awesome the Viewing angles are also good overall the good display in the Price . The Smartphone looks very similar to iPhone X due to its Display Size and Design. The display is also covered with Corning Gorilla Glass 3 on top as a safety. There’s 2.5D curved glass also used that adds a premium feel to the screen. 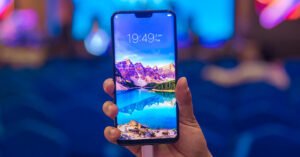 In terms of display, the notch of V9 which is very similar to iPhone X’s is the highlight of Vivo V9. The display on the V9 is sharp and images, as well as, texts appear very crisp – one of the best screens you can find for watching videos with 19:9 aspect ratio. The brightness levels are decent though we felt that while using the handset under direct sunlight, it does seem slightly dull compared to other screens in the segment. If you are the Person who loves to watch Youtube and Videos on smartphone then Vivo V9 is the smartphone for you. It delivers great display and watching experience to the users .

Vivo V9 comes with same design like Apple iPhone X . The smartphone comes with rounded corners which means you won’t have any problems while using the phone with just one hand. The Vivo V9 comes in only two color options Pearl Black and Champagne Gold. When we hold the device we observes that back panel is a fingerprint magnet. We had to actually clean the rear of the handset time-to-time because it tends to pick everything from your fingerprints to anything that you keep your phone on. 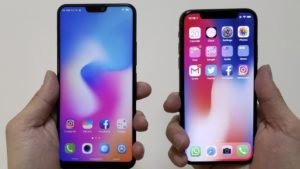 The smartphone’s rear features a glossy finish which again, looks decent. In our opinion, the Vivo V9 sports an aluminium back with a polycarbonate cover on top which should add more layers for your back. At 7.99mm, the V9 also feels sleek enough to carry around and doesn’t give you that bulky device feels. If you are Apple Fan and donot have budget of iPhone X . But wanted the same design and feel then V8 is the Perfect smartphone for You.