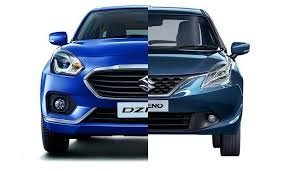 Both vehicles come with petrol and diesel engine options. And Both vehicles have a similar engine. It is a different matter that Dzire’s petrol engine, however, this engine gives little power to Baleno. Dzire will also give a little more mileage due to its superior aerodynamics. However, this difference does not appear in normal driving.

Both vehicles come with a similar gearbox, but when it comes to the automatic transmission of a gearbox, it makes a difference. You get real automatic (CVT) Gearbox with a petrol engine in Baleno, in the same Dzire you got the AMT gearbox. But in Dzire it is available in both petrol and diesel. So if you want an automobile in diesel then you will have to take Dzire.

Recommended: Most fuel-efficient diesel cars in India in 2019

Here are two cars in the safety case. Even why not, the same chassis, like ABS, EBD, Airbag etc. Yes, Dzire has a feature of Brake Assist, which is not present in Baleno. But the braking of both trains is good.

Space is a different issue for both the vehicle. Dzire may seem a bit spacious with its Dual Tone colour, but the difference is only on the back seat. The previous seat of Dzire will give a lot more comfort and space. The boot space i.e. Diggi is too big for Dzire.

Both vehicles give almost similar features according to their variant. But if the AC and Charger points are left for a previous seat, Baleno comes not only with more features, but also comes with a better and premium looking interior.

Baleno is a beautiful car. Even sitting from inside, Dzire’s looks very good. But in the previous seat and Diggi, space is much more than that. Even though Baleno is premium to watch, but this is also cheap. Dzire definitely looks expensive in front of it. According to me, Baleno is a great car for the Young Generation and Dzire is a family car.