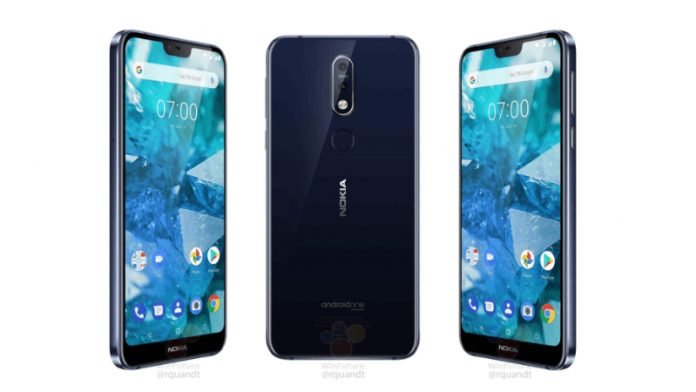 Nokia 7.1 : HDM Global is all set to launch the New Smartphone Nokia 7.1 on 4 October in London. The smartphone will be the short variant of version of Nokia 7 plus launched few months ago in India. However the companhy is also planning to launch Nokia 7.1 Plus as well after few months. The Nokia 7.1 will be a Mid-Budget Segment smartphone and it will compete with Smartphones like Vivo V9 Pro , oppo f9 etc Smartphones .

Ahead of its Launch , Nokia has teased the pictures of the device , which clearly reveals the device will get Notch Display and dual rear cameras. The smartphone looks very similar to its brother Nokia 6.1 Plus smartphone with Nokia Branding at the bottom and glass back. At the rear side , there is a zeiss branding between the two cameras and also the android one branding at the bottom side.

Nokia 7.1 will come with a a 5.84-inch Full HD+Display with the resolution of 2244 x 1080 pixels with a notch at the top. The device will come with a 19:9 aspect ratio. Coming to the performance , it is expected to be powered by Snapdragon 636 processor coupled with up to 4GB RAM options and up to 64GB internal storage.

The Smartphone is expected to be priced at EUR 349 (Rs. 29,500 approx.) for 4GB RAM and 64GB Internal Storage variant. The device will come in two color options Steel Grey and Blue colours. The smartphone is going to launch on 4 October in London. However company has not yet disclosed whether the smartphone will be launched in India or Not.