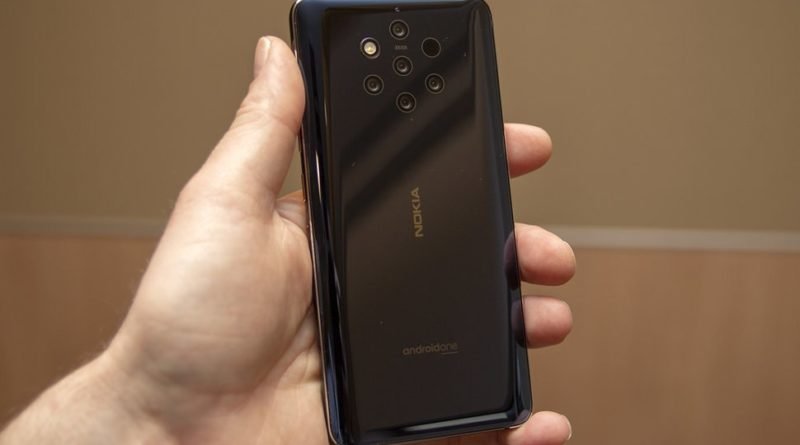 After so many Leaks and Rumours HMD Global has finally announced its New Smartphone Nokia 9 PureView at an event held in MWC 2019 , Barcelona. The main highlights of the smartphone are 5 Cameras , Snapdragon 845 SoC and 6GB RAM. The Smartphone is currently launched for Selected Markets and will be available from March 2019 onwards. However Nokia has not yet confirmed the availability of this smartphone in Indian market.

Nokia 9 PureView Comes with Penta-Lens Rear Camera setup with ZEISS optics. Out of 5 lenses two are RGB and other three monochrome lenses which delivers up to 10-times more light than a single sensor. Other key features includes in-display fingerprint sensor , 5.99 inch pOLED Display and IP67 Rating.

The Smartphone comes with a 5.99-inches of Quad HD pOLED display with resolution of 2560×1440 pixels. The display of the device comes with Corning Gorilla Glass 5 protection. Coming to the performance , It is powered by Snapdragon 845 processor with 6GB LPDDR4x RAM and 128GB UFS storage. The smartphone runs on Android One with stock Android 9.0 Pie out of the box.

Talking about Camera , Nokia 9 Pureview comes with a 12MP Penta camera set up which includes 2 RBG and 3 mono sensors of f/1.82 aperture and a LED flash. The Rear Camera captures a 12MP photo with amazing productive range and depth of field by blending through HDR shots captured using Penta lenses at the same time. The Camera in this device is capable of capturing 60MP resolution of pictures in burst mode. Another great feature of the camera is Adobe Lightroom support through which you can easily directly edit the pictures. As far as front camera is concerned there is a 20MP front facing camera for taking selfies.

There is smart amp support given in the device which includes a single speaker and 3 mics which features spatial recording as well. Talking about Connectivity options it gets Dual 4G VoLTE, Wi-Fi 802.11ac (2.4GHz + 5GHz), Bluetooth 5, GPS/GLONASS, and USB Type-C. The smartphone is powered by a 3320mAh battery which also gets fast charging and wireless charging support.

The Nokia 9 PureView is launched at a price of $699 (Rs. 50,000 approx). The devices
comes in only one color option i.e Midnight Blue color.  The smartphone will go on sale in select markets starting from March 2019 onwards.If we talk about India Launch , there is not a single word from the company about its India Launch.