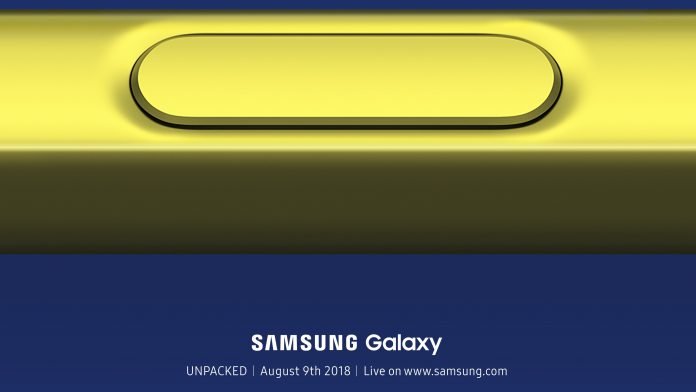 Samsung is sending invites for an Upcoming event which is going to take place on the 9th August 2018 in New York City. However Samsung has not yet Revealed the information about the product which is going to be unveiled at that event but as per previous year trends , We are expecting the Launch of Samsung Galaxy Note 9.

Samsung official Twitter Account Posted a post which clearly shows that the Samsung Galaxy Note 9 is going to launch on 9th August.Samsung mentioned in the tweet is that “On August 9, Samsung Electronics will welcome a new member to the premium Galaxy family.” Samsung has also provided the direct live stream link of the Launch Event with this Tweet.

Note 9 will be First Device by Samsung to Feature 8GB RAM (Top Variant), also there are rumours that Normal Variants will get 6GB RAM. The Galaxy Note 9 will also feature the Samsung Bixby 2.0 voice assistant along with the Google assistant.

As the Upcoming Samsung Galaxy Note 9 comes with very Minor Changes we expect the Pricing of the Device same as the Launch Price of Note 8 in India which is Rs.69,999 for the Base Variant of the Device.