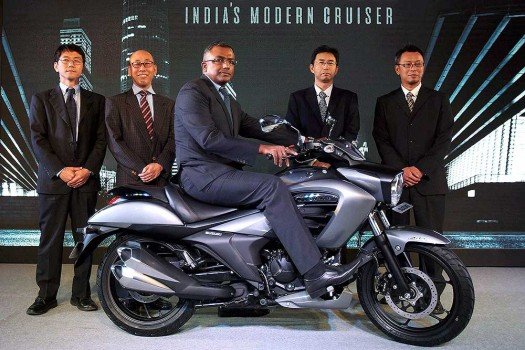 Suzuki has only Bajaj for the competition, which makes the bike of this segment. From which Suzuki will come up with a good hope, as well as those who want the cruiser bike will get a new option. The price of this bike has not been revealed to the world, but we can say that this bike will be a big challenge for Bajaj Avenger.

If you talk about the engine, Suzuki may also use the same engine that is currently doing it in Gixxer. However, Suzuki has not yet shared the details of this new bike. According to sources, it will also be given single channel ABS. And its design corresponds to the Suzuki Intruder M1800R.

Coming to the pricing , however company hasnot yet revealed the pricing of new Suzuki Intruder but we may expect that price may starts from Rs 1 Lakh onwards , this pricing is much more higher than of Bajaj Avenger but considering the bike build quality , performance and design , this price looks value for money.