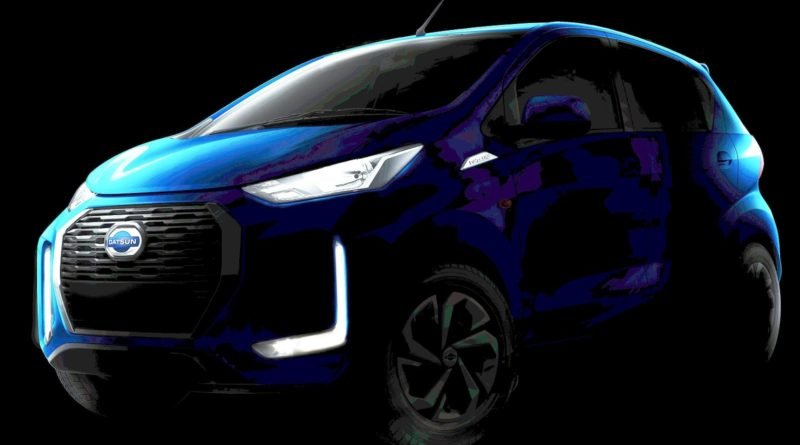 Datsun India is all set to launch the facelift model of its entry-level hatchback Redi-GO. Recently, the company has also shared its teaser image which reveals that its launch is happening very soon. This will be the first time that Datsun Redi Go will get a major update after its launch in 2016. It will be a facelift update with some cosmetic changes and BS6 Engine Upgradation to meet new norms.

By looking at the Teaser Images, it is clear that the company has made many major changes in 2020 Redi Go facelift’s front designing. It will get redesigned front bumpers and headlamps which are thinner and sharper than the previous model and looks similar to the Nissan kicks. It will also get L shaped day-time running lamps (DRLs) and slightly bigger hexagonal grille than before. Now, it will be available with Chrome Finishing on both sides. 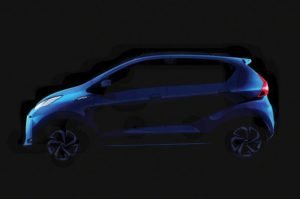 From the side, the company will retain the car’s tall-boy design with redesigned Wheel Caps which will look like Machine-cut alloy wheels, sharp character lines on the doors, Datsun Logo badging on the fender and roof-mounted spoiler as well.

So far, the company has not shared the image of the rear and interior of the car. There will also be a change in the redesigned bumpers and tail lamps at the rear. The interiors of the car are also expected to be replaced with new upholstery and some new features. We can also expect a new touchscreen infotainment system and an airbag for the passenger side.

The Datsun Ready-Go current model comes with a 0.8-litre petrol engine which generates 54bhp of power and 72nm of torque. A 1.0-litre (68 bhp of power and / 91nm of torque. Both the engines get a 5-speed manual gearbox. At the same time, AMT (automatic-manual transmission) is also available with its 1.0-litre engine. In the facelift update, the company will update both these engines to BS6 emission norms.

Prices of the current model of Redi Go range from Rs 2.79 lakh to Rs 4.37 lakh ex-showroom Delhi. The price of the facelift model expects to increase between Rs 10,000 and Rs 25,000. As far as the India launch is concerned, it will launch within a few days after the lockdown ends. It will compete with the Maruti Suzuki Alto 800, Espresso and Renault Kwid in the Indian market.