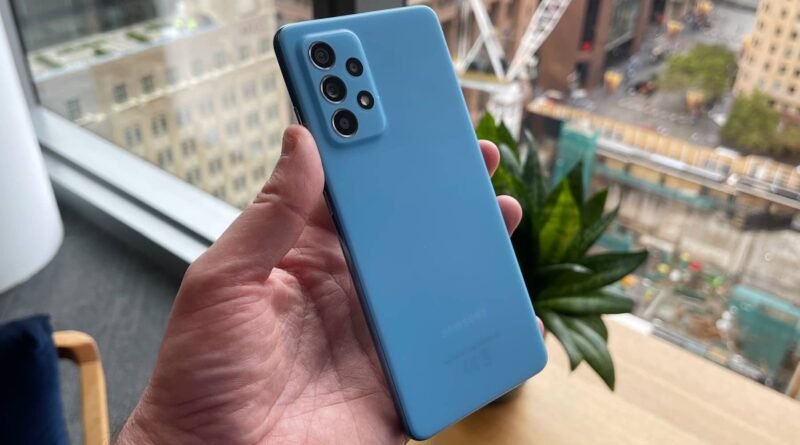 If you are planning to buy a new smartphone and your budget is between Rs. 20000 to Rs. 25000, then this post can be helpful for you. In this post, we will tell you about the Best Mobile Phones under 25000. In the last few months, many new smartphones have been launched in this range. This is a very confusing segment as there are many options available from all the popular manufacturers. After reading this post, all your confusion will be cleared and you will be able to select the smartphone according to your requirements. In this Budget, you can easily get a device that can meet all your needs like a good camera, decent gaming performance, long-lasting battery & more. So let’s head to the top 6 phones in this segment. Samsung is the Most Popular non-Chinese Smartphone Manufacturer in India. MyGadgetReviewer Team also recommends our Viewers to go with Non-Chinese Brands after COVID 19 Pandemic and China Dispute. Now Coming to the Galaxy F62. Samsung has recently launched its new F62 Smartphone under its F series. The Smartphone comes with a 6.7-inch full HD+ sAMOLED+ Infinity-O display with a resolution of 2400 x 1080 pixels. . In terms of Performance. it is powered by a Flagship 7nm Exynos 9825 Processor coupled with Mali-G76 MP12 GPU. For Storage, it gets up to 128GB UFS 2.1 Internal Storage and up to 8GB of LPDDR4x RAM. The storage of the smartphone can be further expanded up to 1TB via Separate Micro SD Card support. The Smartphone runs on Android 11 based Samsung OneUI 3.1 out of the box. Coming to the Camera.

The Samsung Galaxy F62 comes with Quad Rear Camera Setup. With a 64-megapixel primary Sony IMX682 camera sensor with an f/1.8 aperture; a 12MP Ultra-Wide Angle lens with an f/2.2 aperture, a third 5MP depth sensor with an f/2.4 aperture and a 5MP Macro Sensor with an f/2.4 aperture. At the front, it gets a 32MP Sony IM616 Front Camera Sensor with an f/2.0 aperture for taking selfies. The Galaxy f62 packs massive 7000mAh battery which also supports 25W fast charging support. It also supports reverse charging and Samsung has also given USB Type-C to Type-C cable inside the box. It is a great phone for users who are looking for a non-Chinese branded smartphone with a decent display, camera and battery life. 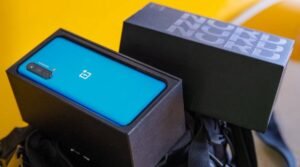 OnePlus has just launched the Core edition of its OnePlus Nord Smartphone. The Smartphone comes with great specifications at a good price point. Also, as of now, it is the best value for money phone under 25000 in India. It comes with a 6.43-inch Full HD+ Fluid AMOLED display with a refresh rate of 90Hz and Corning Gorilla Glass 5 protection. The resolution of the display is 2400 X 1080 Pixels. It powers by an Octa-Core Snapdragon 750G 7nm processor coupled with Adreno 619 GPU. Under 25000, Company offers two variants of Nord CE 5G, one with 6GB RAM & 64GB Storage Variant and the 8GB RAM with 128GB Internal Storage Variant. While its top of the line variant gets 12GB of RAM and 256GB of Internal Storage which is priced at Rs 27,999.

The device packs a 4500mAh battery which also supports 30T Plus Warp Charge Fast Charging. The company claims, it can charge from 0% to 70%  in just 30 minutes. It runs on Android 11 with OxygenOS 11 on top and also gets 5G Support. Overall, this is a great smartphone for users who are looking for a decent camera, smooth UI and performance-focused smartphone. The iQoo Z3 5G is one of the most trending smartphones under the 25,000 Budget. It comes with 6.58 inches of Full HD+ IPS LCD Punch Hole Display with a 120Hz refresh rate. And a resolution of 2408 X 1080 pixels. As far as performance is concerned, iQoo Z3 5G is powered by Qualcomm Snapdragon 768G 5G Mobile Platform. Coupled with Adreno 620 GPU. In terms of storage, the device comes with 256GB of Internal Memory and up to 8GB of RAM.

It comes with a Quad Camera Setup at the Rear. With a 64MP Primary Camera with f/1.79 aperture, 8MP Ultra Wide Angle Lens with f/2.2 aperture, and 2MP Macro Camera with f/2.4 aperture. At the front, it gets a 16MP camera with an f/2.0 aperture for taking selfies and video calls. The smartphone packs a 4,400 Battery which also supports 55W Super Fast Charging. iQoo Claims the charger included inside the box can charge the device up to 50 per cent in just 19 minutes. It’s a perfect smartphone for users looking for a high-performance gaming smartphone under 25,000 in India. 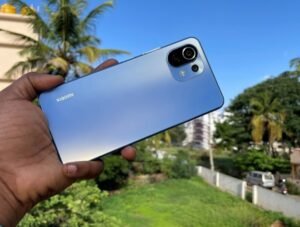 Xiaomi has recently launched its new smartphone Mi 11 lite under its Mi 11 Series in India. The Smartphone offers decent specifications at a great price point. It comes with a 6.55-inch Full HD+ AMOLED DotDisplay with a resolution of 1080 X 2400 Pixels. The device display also supports a 90Hz refresh rate and HDR 10 along with Gorilla Glass 5 Protection. For Performance, it gets a Snapdragon 732G SoC coupled with Adreno 618 GPU.

As far as the camera is concerned, it gets a triple rear camera setup with a 64MP primary sensor with f/1.79 aperture, an 8MP ultra-wide sensor with f/2.2 aperture, and a 5MP Telemacro camera. At the front, it gets a 16MP camera for taking selfies. In terms of Storage, it gets 128GB Internal Storage and up to 8GB of RAM. It packs a 4,250mAh battery which also supports 33W fast charging. Motorola has recently launched its new Moto G60 in India. It’s a great smartphone for users who are looking for a branded smartphone with Stock Android UI. It comes with a 6.8-inch Full HD+ 120Hz HDR10 IPS LCD display with a resolution of 2400 X 1080 Pixels. For Performance, it has Qualcomm Snapdragon 732G Processor coupled with Adreno 618 GPU. In terms of Storge, it is paired with 6GB of RAM and 128GB Internal Storage which can be further expanded (up to 1TB) via MicroSD Card.

Talking about the Camera. The Camera of Moto G60 is one of its main highlights. It sports a 108MP primary camera with Quad Pixel Technology, an 8MP 123° ultra-wide-angle camera with f/2.2 aperture and a 2-megapixel camera with an f/2.4 aperture. At the front, it sports a 32MP front camera for taking Selfies. It packs a 600mAh battery with support for a 20W super-fast charger included inside the box. The smartphone is available to purchase from Flipkart. It is an excellent phone for users looking for a branded device with a great UI and a decent camera. 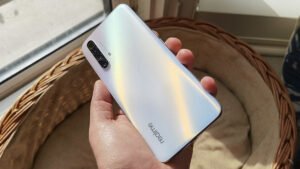 The Realme X3 is another Chinese Smartphone in our List of Top 6 Best Phones under 25000 in India. The company has launched the Smartphone in July 2020 in India. It sports a 6.57-inch Full HD+ IPS LCD 2.5D curved glass display with a 120Hz refresh rate and resolution of 2400 X 1080 Pixels. The Display is also protected by Corning Gorilla Glass 5. The device is powered by Qualcomm Snapdragon 855+ SoC coupled with Adreno 640 GPU. It also gets the Liquid Cooling System to reduce the Smartphone’s Temperature. In terms of Storage, You will get 8GB RAM and 128GB Internal Storage variant under Rs 25000 Segment.

As far as the Camera is concerned. It gets a Rear Quad Camera Setup. With a 64MP Primary Camera with F/1.8 aperture and pixel size of 0.8 um, a 12MP Tele with F/2.48 aperture, an 8MP Ultra Wide Angle Lens with F/2.25 aperture and a 2MP Macro Sensor with F/2.4 aperture. At the front, it sports a Dual 16 MP + 8 MP Front Cameras for taking Selfies. The device packs a 4200mAh battery which also supports Fast charging. This is a decent device for users who are looking for a gaming phone.

That’s it in this post of ” Best Phones under 25000 “. If you have any questions or suggestions regarding any particular device then please write them down in the comment section below.