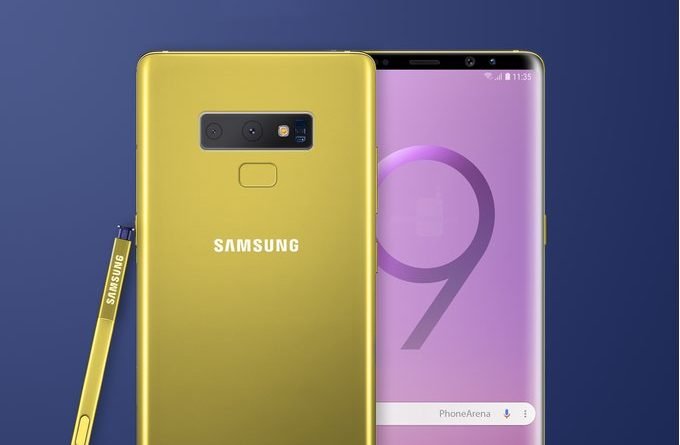 Galaxy Note 9 : Samsung has just announced its New smartphone in Note series , the Samsung Galaxy Note 9. Note 9 is the 8th Smartphone of Samsung Note series till the date. Samsung has officially unveiled the device at the Galaxy Unpacked 2018 event held today in New York. The main highlights of Note 9 is 6.9 inch Display and S Pen Features. The Samsung Note series is Known for S pen features and Note 9 is not exception here. Note 9 s pen features makes it different from Samsung Galaxy S9 Series.

Talking About design , the Design of Galaxy Note 9 smartphone is very similar to its predecessor , the Samsung galaxy Note 8 with very few minor changes. The main difference look wise is the rear-facing fingerprint sensor which is sitting beside the camera’s lens in Note 8 whereas now it is placed beneath the dual camera setup in Note 9. It comes with the glass back body along with 7000 series aluminum frame. The front and back side of the device is protected with Corning Gorilla Glass 5. 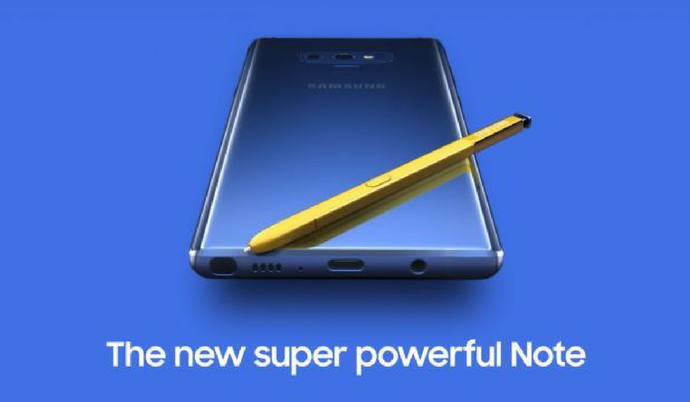 The Galaxy Note 9 comes with a 6.4-inch Super AMOLED Infinity display with Quad HD+ and resolution of 2960 x 1440 pixels and aspect ratio of 18.5:9 . Coming to the performance , it is powered by Exynos 9810 or Qualcomm Snapdragon 845 processor equipped with 6GB/8GB RAM options.

Talking about Camera , the Galaxy Note 9 comes with a Dual Rear Camera setup with a 12MP telephoto sensor with 2x optical zoom and another one is 12MP wide-angle sensor with variable aperture of f/1.5 – f/2/4. The camera also comes with optical image stabilization (OIS) and Dual Pixel Auto Focus. The front camera is of 8MP sensor for taking selfies and it also supports portrait mode.

Recommended : Android 9 Pie released by Google , list of device to get Android 9 update in august

Coming to the battery , It is powered by a 4,000mAh non-removable battery. which is the biggest battery in any Note series by samsung. The battery of the device also supports Samsung’s adaptive fast charging technology and comes with a USB Type-C port. The samsung galaxy note 9 runs on Android 8.1 Oreo with Samsung Experience 9.5 UI on the top. The device also gets Bixby 2.0 feature with hardware button for triggering the bixby. Also it supports wireless charging and comes with water carbon cooling system which helps in cheking temperature.

Coming to the pricing it is priced at  $999.99 for 6GB RAM variant and $1,249.99 for 8GB RAM Variant in the US Market. However the company has not yet revealed the availability and pricing if Galaxy Note 9 in India but flipkart is continously teasing the smartphone on its site so we assume the device will be flipkart exclusive.