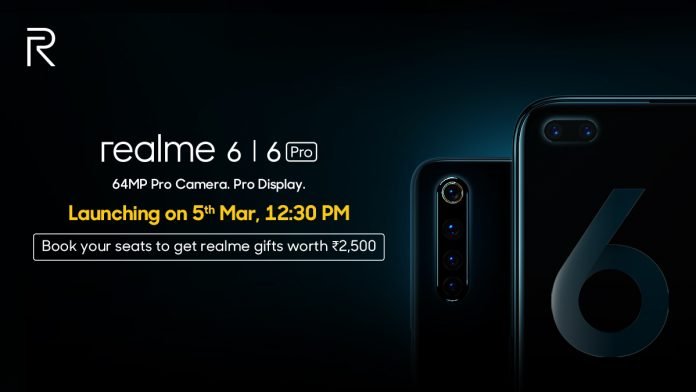 After launching the X50 5G in India, the company is all set to launch the Realme 6 Series in India on 5 March 2020. Prior to the official launch, the specifications and price of Realme 6 and 6 Pro have been leaked. This new series will be the updated version of Realme 5 and Realme 5 Pro launched last year in the Indian Market. 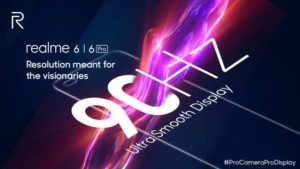 Coming to the Specifications. Realme 6 is expected to come with a 6.4 inches Punch-Hole Display with 90Hz Refresh Rate. As far as performance is concerned, it is expected to be powered by MediaTek Helio G90 Processor. Coupled with Mali G-76 MP4 GPU. In terms of camera, it may get Quad camera setup at the Rear with 64MP Primary camera, an 8MP secondary camera. And a 2MP+ 2MP Camera. At the front, it is expected to get 16MP  Primary Camera.

On the other hand, Realme 6 Pro is expected to sport a Full HD+ 6.4 inches of Punch-Hole Display with a Refresh rate of 90Hz. Moreover, it is expected to be powered by the latest Snapdragon 720G processor. Coupled with Adreno 618 GPU. It may get a 5,000mAh battery. In addition to it, the smartphone is also expected to support 30W Flash Charge fast charging technology. 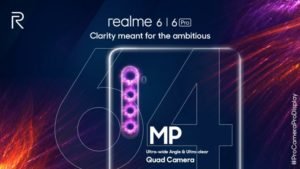 As far as the camera is concerned, it will also get Quad Camera setup with 64MP Primary Sensor, an 8MP secondary camera. An 5Mp + 2MP Camera sensors. At the front, it is expected to get Dual Selfie Camera setup with 16MpPrimary and 5Mp Secondary Camera.

Price and Launch date in India

As per leaks and rumours, the Realme 6 is expected to start from rs. 9,999. On the other hand, 6 Pro is expected to starts from rs. 13,999. The leaked pricing is very similar to the ongoing prices of Realme 5 and Realme 5 pro. So we can expect the actual pricing very near to the leaked pricing. Both the devices will launch on March 5 in Indian Market. The smartphone will be sold both through Flipkart, Realme official site and offline stores.