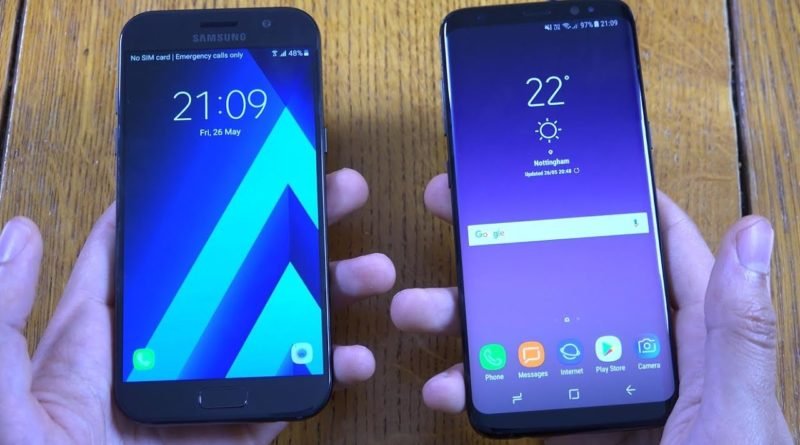 Top 5 Android Smartphones Under Rs 10,000 : If you are a looking for a reliable smartphone, and that too within a restrained budget, then you do not have to look anymore. This is because of the fact that now a number of smartphones have arrived in India holding hands of many companies like Xiaomi, Motorola, Samsung, and a lot more and each one of them come under 10 thousand bucks only. In a month, numerous numbers of phones are launched in the market, and that is why most people are in a fix as to which phones they should be buying. A branded phone might give some fewer features than a non branded one and both may be of the same price. The natural instinct of the person is to go for the non branded one with more features but that can turn out to be a mistake. So here we have given the list and specifications of best 5 smartphones that you can buy within a budget range of INR-10,000. No need to be in a quandary anymore!

This is one of the best performance smartphones that has been brought forward by Xiaomi. It has a 5.99- inch screen size with a resolution of 1080*2160 pixels. If we talk about the dimensions of the phone, it i pretty sleek and easy to hold and it comprises of a full metal body as well. The main attraction is the battery though- as it has a huge battery of Li-po 4000mAh and the total weight of the phone is 181 grams. It consist dual rear camera (12 MP + 5 MP) that lets you take stunning images even in low-lighting conditions. And one of the highlight of this phone is its, 20MP Selfie Camera that provides picture perfect photos. The processor of this phone is also worth the try- it is Octa core, 1.8 GHz, Kryo 260 with RAM of 4GB and internal storage of 64GB. The external memory is expandable up to 128 GB. It supports 4G connectivity so the network attachment will not be a problem. So for mobile buyers with a budget of Rs 10,000, Redmi Note 5 is a great option.

Again Xiaomi has been able to be at the top of the charts, and this phone is not much different than the aforementioned phone. The battery is definitely smaller with 3300mAh and it is compatible to fast charging. The display is of 5.7 inches and has a Qualcomm Snapdragon 450 chip set. This compact power house consists Octa core 1.8 Ghz, Cortex A53 processor with 2GB RAM. Internal storage of the phone is 16GB and has expandable memory up to 128gb. It consists 1.25μm pixels, 12MP high quality camera that capture great photos in different lighting conditions. With its 5MP selfie camera, you can have clear shots in low light conditions as it consists LED Selfie-light. This phone also comprises of a metal body with 4G connectivity.

Though this has a price difference than the prior two, but it has more features as well. The phone which has a 5 inch display comprises of a resolution of 1080*1920 pixels and the processor is strong as well- Qualcomm Snapdragon with Android Marshmallow 6.0. It also has a fingerprint scanner so that your phone is secure and the camera is strong too- 13mp primary camera and 8mp selfie camera. This is a smartphone that has arrived in the market in two variants- 16GB and 32GB with respective storages of 2GB and 3GB RAM. This phone also has a huge battery of 4000mAh and that is the reason why no other phone has been able to compete it at this price range. The phone body is sleek and slim and that is why it is easy to handle as well.

This is one of the finest budget phones of Samsung and it has been able to make to the top 5 of this list. This phone comes with a super amoled display with a good resolution of 720*1280 pixels. It comes with a processor of Qualcomm Snapdragon 410 and Android Lollipop 5.1 which can be rendered as the only negative side of the phone. Apart from that, it has a RAM of 2GB and internal storage of 16GB which can again be expanded up to 256GB. It is lightweight with 139 grams and has is full metal body which is good to touch. The look of the phone is very classy too and it comes in golden colour which looks elegant in hand. The camera of Samsung J3 Pro is 8 megapixels at the rear and 5 megapixels at the front. The battery of this phone is 2600mAh which is removable and compatible to a fast charger, so you do not have to worry about the same.

Motorola is by far rendered as one of the hardiest phones that have ever turned up in the market and it was sure to make its way to this list as well. It has been the best company to bring out budget smartphones before Xiaomi did. This phone was launched in the month of June and in the year 2017 and still remains one of the favourites of the people. Its processor is 1.3 GHz quad-core and has a system of Android Nougat 7.1.1- also it has a 3GB RAM  and 32GB ROM. It can be expanded up to 128GB as well. It is a smart phone with a weight of 198 grams and it is also powered by a long lasting awesome battery of 5000mAh. This phone is compatible to 4G connectivity and has a camera of 13 megapixels at the back and 5 megapixels at the front. The dimension of this phone is 15577.59.55mm and is really handy. It comes in an array of colours and has a stylish look as well. It is 1280*720 in resolutions and it is pretty good. The selfie camera though a bit lesser than the other phones, gives enough clarity in the photos and overall this is a good phone to avail.

Now that you know of all the phones that you can get within a budget range of 10,000, you do not have to look anymore. Choose the phone that you want to have and buy it! this is the Top 5 Android Smartphones Under Rs 10,000

One thought on “Top 5 Android Smartphones Under Rs 10,000 In India”