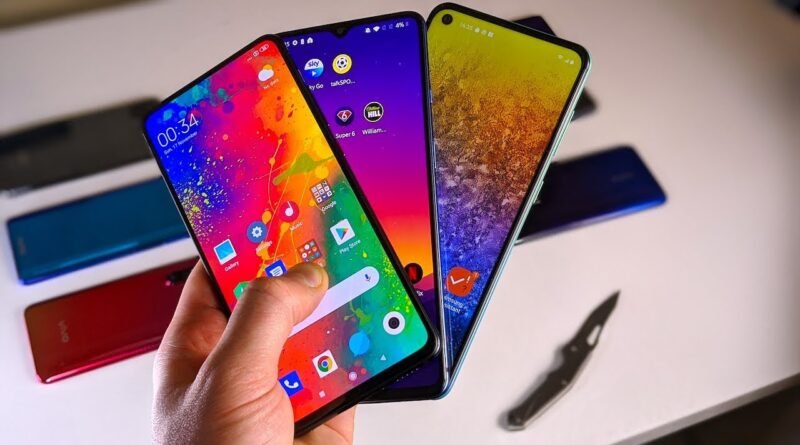 Best Samsung Phones under 15000: Samsung, a South Korean smartphone, is one of the most trusted brands in India. People of India blindly trust Samsung mobile phones due to their brand value and credibility. After COVID 19 and the China dispute, most buyers are preferring non-Chinese smartphones. Also, it’s a great initiative to boycott Chinese products in India. There are many non-Chinese smartphone manufacturers in India, but none match the quality and reliability of Samsung. In short, it’s a brand that has a huge fan following and premium-ness. As the festival season draws near, many people are planning to buy new smartphones. In India, Rs 15000 budget is most selling and most of the people prefer to buy smartphones in this budget. If you are also a Samsung fan and planning to buy a new smartphone then this post is for you.

In this post, we will tell you about the Top 5 Best Samsung Phones under 15000 in India 2021. In this budget, there are many devices available from the company. We are listing all the available devices with the pros and cons such that you can decide which is the best option for you. 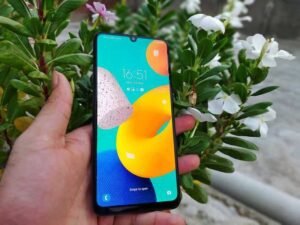 The Galaxy m32 is the latest offering By Samsung Under its M series in India. It is easily available under 15000 in offline markets and Online Platforms. It is the updated version of the Samsung Galaxy M31. The Smartphone comes with a 6.4-inch Full HD+ Super AMOLED Display with a resolution of 2400 X 1080 Pixels and a refresh rate of 90Hz. For Performance, it is powered by MediaTek HelioG80 Processor coupled with Mali-G52 MC2 GPU. It comes with up to 6GB of RAM and 128GB of Internal Storage which can be further expanded up to 512GB via a Micro SD Card.

The M32 sports a Quad Camera Setup at the rear. With a 64MP Primary Camera with F/1.8 aperture, 8MP Ultra Wide Camera with f/2.2 aperture, 2MP Macro lens with f/2.4 aperture and a 2MP Depth Sensor with F/2.4 aperture. At the front, it gets a 20MP camera with an f/2.2 aperture for taking Selfies. The Galaxy M32 packs a 6,000mAh battery which also supports fast charging. Overall it’s a great device for users who are looking for a smartphone with an amazing display and a decent camera. 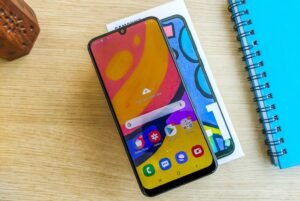 Its been a while since Samsung has launched its new Galaxy F41 in India. Also, it was the first smartphone under its F Series. The Samsung Galaxy f41 was launched at Rs 15,499, But, it is now available from Rs 14,499 onwards.  It comes with a 6.4-inch Full HD+ Infinity-U type Super AMOLED display with a resolution of 2340 x 1080 pixels. For Performance, it is powered by Samsung Favourite midrange chip Exynos 9611 Octa-Core 2.3GHz SoC coupled with Mali-G72MP3 GPU. Under 15,000 Budget you will easily get its 6GB LPDDR4x RAM and 64GB Internal Storage variant which can also be expanded up to 512GB via MicroSD Card.

Coming to the Camera. It sports a triple camera setup at the rear. With a 64MP primary rear camera, an 8MP 123° ultra-wide camera, and a 5MP depth sensor. At the front, it gets a 32MP Selfie camera with a Live Focus feature and Beauty Effects. The Galaxy F41 packs a massive 6,000mAh battery which also supports fast Charging. Overall, It’s a great Branded Non-Chinese Smartphone Which offers the Best in Segment Display, Decent Camera and Good battery backup. It is currently the Best Samsung Phone Under 15000 in India.

Recommended: Best Smartphones under 20,000 in India 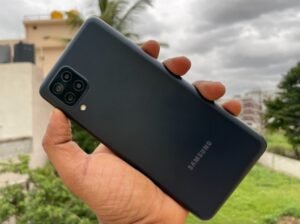 If your very tight budget and want to save some money from your 15000 Budget then Galaxy F22 is for you. The Samsung Galaxy F22 is one of the latest smartphones Samsung has launched this year so far. It offers decent specifications and features at a value for money pricing. Also, it is the cheapest smartphone from Samsung offering a 90HZ SAmoled Display. It comes with a 6.4-inch HD+ Super AMOLED Display with a resolution of 1600 x 720 Pixels. For performance, Samsung has given MediaTek HelioG80 Processor coupled with a Mali-G52 MC2 GPU in this smartphone.

In terms of Storage, It gets up to 6GB of RAM and up to 128GB of Internal Storage(expandable by up to 512 GB). As far as the camera is concerned it features a Quad camera setup at the rear which includes a 48MP main camera + 8 MP ultra-wide camera + 2 MP depth camera and a 2MP Macro Lens. Moreover, the galaxy F22 packs a massive 6,000mAh battery which easily lasts more than a single day. Overall it’s a great smartphone for moderate users who want to buy a branded phone with decent specifications. If you are looking for a decent Smartphone for your parents then this will be a great choice. You can also visit the Samsung Online Store to check the Best Prices of Samsung phones in India. 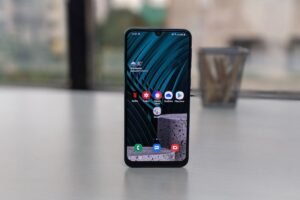 The Samsung Galaxy m21 is another smartphone that you can consider under 15000 Budget. The main highlight of this device is its 6,000mAh massive battery. The Smartphone is highly recommended to people who travel a lot and need a smartphone with long battery life (more than 1.5 days). It sports a 6.4-inch Full HD+ sAMOLED Display with a resolution of 2340 X 1080 Pixels. It is also powered by Exynos 9611 SoC coupled with Mali G72 MP3 GPU. 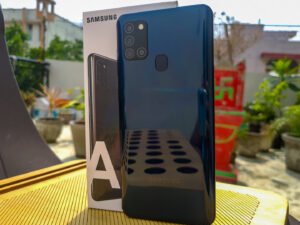 The Galaxy A21s is another great mobile phone from Samsung in India. It sports a 6.5 inch TFT Infinity-O Display with a resolution of 1600 x 720 pixels. As far as performance is concerned, it is powered by the Exynos  850 Octa-Core processor with  Mali G52 MP2. In terms of Storage, you will get  4GB of RAM and 64Gb of Internal Storage Variant under 15000 Price. However, The storage can be expanded up to 512GB via Micro SD Card.

As far as the camera is concerned, it features the quad-camera setup at the Rear. Also, it is one of the cheapest Samsung phones to have a quad camera setup. With a 48MP Primary Camera with f/2.0 aperture, an 8MP ultra-wide-angle lens with f/2.2 aperture, a 2MP depth camera with f/2.4 aperture, and a 2MP macro camera with f/2.4 aperture. While there is a 13MP Selfie Camera Given at the Front. The Smartphone packs a 5,000mAh massive battery which also supports fast charging. The Galaxy A21s is a great choice for users who are looking for a smartphone with a long battery backup and a decent camera.

That’s all in this post of ” Best Samsung Phones under 15000 “ in India 2021. If you have any questions / Doubts / Suggestions regarding any device then please comment down below.

How to enable Dark Mode on Google Search

Dark Mode on Google Search: Dark Mode is one of the great features that help users to use their smartphone/desktop

How to Block Someone on Gmail

How to recover deleted photos and videos from Google Photos