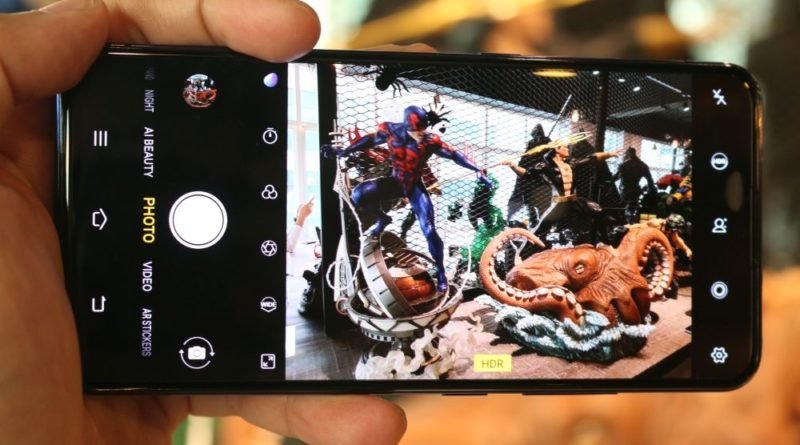 Looking for the Best Camera Phone under 15000? Then this post can be helpful for you. In this post, we are going to tell you about the best camera smartphones available in India in 2021 along with the pros and cons. Going through the advantages and disadvantages of each device covered in this post, you will be able to decide the best mobile phone for you as per your preferences. However, a budget of Rs. 15,000 is a bit low for a pure camera focused phone but still in this budget you can buy a great smartphone capable of taking amazing pictures.

Under this budget, most devices offer a triple rear camera setup, while two-three smartphones offer a quad-camera setup which could be a deal-breaker for some users. Also, keep in mind that the number of cameras does not matter when buying a camera phone. Camera quality and lens aperture, size etc are the things that make a device camera performance better.

Before buying a camera phone, you should check its complete specifications and features. Keep in mind that the processor plays the most important role while buying any smartphone, if the performance is not good, the device will hang and most of the time you will not enjoy capturing images with a phone that is hanging. Also, don’t look at mega-pixel numbers, prefer aperture and sensor size instead of MP numbers. 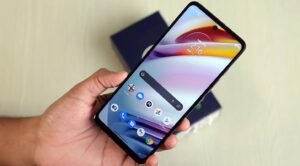 The Moto G40 Fusion is the No 1 Smartphone in our list of Best Camera Phones under 15000. The company has recently launched this device in the Indian market. It comes with a 6.78-inch Max Vision Full HD+ IPS LCD Display with a pixel resolution of 2460 × 1080 pixels and 120Hzof refresh rate. Under the hood, it has Qualcomm Snapdragon 732G Processor coupled with Adreno 618 GPU.

In terms of Storage, it is paired with up to 6GB LPPDDR4x RAM and up to 128GB UFS 2.1 storage which can be further expanded via MicroSD Card.

Coming to the Camera. The Moto G40 Fusion features a triple camera setup at the rear. With a 64MP Main Quad Pixel Technology Camera, an 8MP macro vision ultra-wide-angle lens with f/2.2 aperture and a 2MP depth camera. At the front, It gets a 16MP Front Facing camera for taking selfies and video calls.

The Smartphone packs a 6,000mAh massive battery which also supports 20W TurboPower charging. On which Motorola Claims that it has a runtime of about 54 hours on a single full charge. Also, the smartphone runs on Near-stock Android 11 OS which means users can enjoy an ad-free user experience without worrying about their privacy. 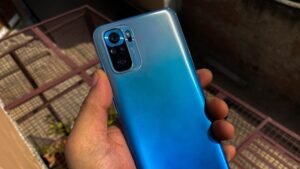 Redmi Note 10 series is the latest offering by Xiaomi under its Redmi Note Series. It is one of the most selling smartphone series in India under 20,000 segments as it offers value for money specifications. From this series, the Redmi Note 10S is the best mobile phone for users looking for a camera-centric smartphone with decent gaming performance.

The Redmi Note 10s comes with a 6.43-inch Full HD+ Display with a Resolution of 1080 X 2400 Pixels. It gets the Dot Display Technology along with Corning Gorilla Glass protection.

As far as performance is concerned it is Powered by a Mediatek Helio G95 processor coupled with Mali-G76 MC4. Storage-wise, it is paired with 6GB of RAM and 128GB of Internal Storage. Moreover, it packs a 5,000 mAh battery which also supports 33W fast charging technology. 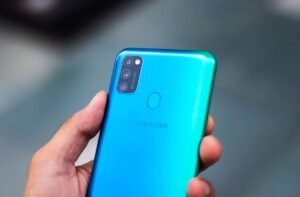 Samsung is known for its brand Value & Camera Quality. The company had launched its Galaxy f41 in October 2020 in India as a successor first Galaxy F series Smartphone.

The Samsung Galaxy F41  is one of the Best Camera Phones under 15000. It’s a perfect device for users who are looking for a long-lasting battery backup smartphone with Great Camera Quality from a premium brand. 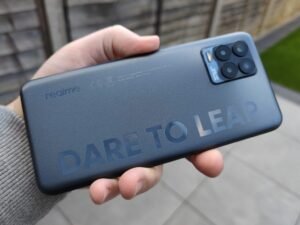 The Realme 8 is the most popular smartphone in this segment. It’s a great smartphone for people looking for a smartphone with a decent camera, gaming performance and high-quality display. It sports a 6.4 inch Full HD+ AMOLED Display with a resolution of 2400 X 1080 Pixels.

As far as performance is concerned it is Powered by a MediaTek HelioG95 processor coupled with Mali-G76 MC4 GPU. In terms of Storage, there is only 4GB RAM and 64GB Internal Storage Variant available in this Budget which also supports Micro SD Card for storage expansion. It packs a 5,000mAh battery which also supports 33W Fast Charging. 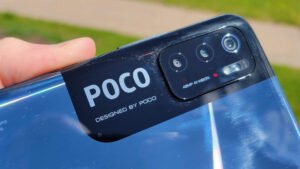 Xiaomi’s Sub Brand Poco has recently launched its New mid-range Smartphone M3 Pro in the Indian market. The device packs great specifications at a value for money price.  It comes with a 6.67 inch IPS LCD Full HD+ display with a resolution of 1080 X 2400 pixels. The display features the Dot Camera Module at the top and Corning Gorilla Glass 5 Protection. As far as performance is concerned, Poco M3 Pro 5G is powered by the MediaTek dimensity 700 Processor with Mali-G57 MC2 GPU.

It gets a Quad Camera Setup at the Rear. With a 48MP Primary Sensor with f/1.79 aperture, 2Mp Macro Sensor and a 2MP Depth Sensor. At the front, there is an 8MP Selfie Camera with f/2.0 aperture for taking great selfies. It is one of the Best Camera Phones in India under 15000. The Smartphone runs on  Android 11 based MIUI 12 OS out of the box. The Poco M2 Pro packs a 5,000mAh battery which also supports 33 W fast charging.

That’s it in this post of ” Best Camera Phones under 15000 “. If you have any questions / Doubts / Suggestions regarding any listed device then please comment down below.

How to enable Dark Mode on Google Search

Dark Mode on Google Search: Dark Mode is one of the great features that help users to use their smartphone/desktop

How to Block Someone on Gmail

How to recover deleted photos and videos from Google Photos