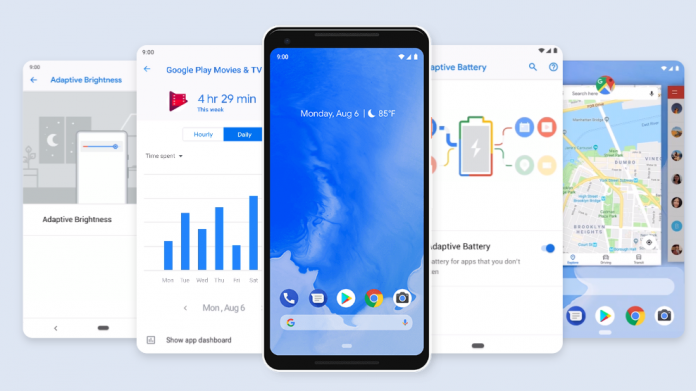 The Android 9 Pie is now available to download for the Pixel smartphones including the last generation of Pixel 2 and will also come to Nokia and OnePlus devices very soon.

In Android 9 you will get an enhanced smart text selection mode which analizes the type of text you have selected and suggest you the relevant apps. New Android 9 Pie also comes with machine learning which helps various elements in the Operating System like the adaptive battery feature. Android 9 Pie also gets Display cut out Feature which really helps in improving software experience of the user.

Android Pie suggests you some tasks according to your location right into the app drawer. Google also clears that there are a lot of improvements in the security of the Android Pie.

Recommended : List of devices to get Android 9 Update very soon

How to get Android 9 Pie in Pixel smartphones

The Android 9  was in Beta Testing for quite a long time. so there are very less chances of bugs in this update. as more than 100,000 people were testing the beta version. if you are one of those people who are running the beta on your Pixel smartphone then you can install the final version of Android 9 Pie now.