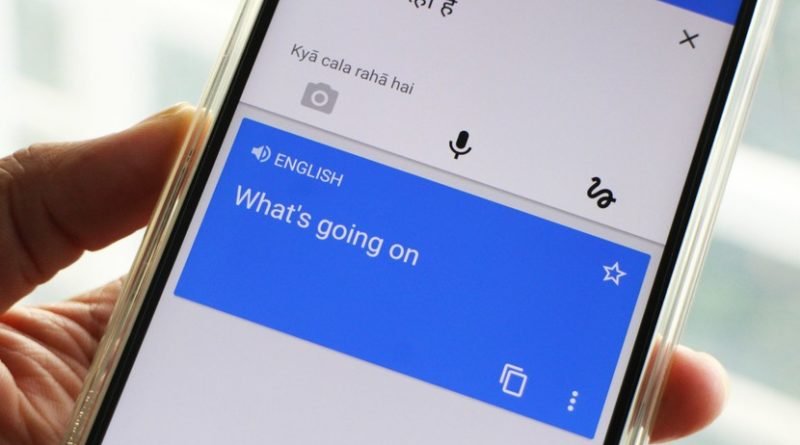 Hindi to English Translation Apps: In today’s digital world, we do all the work like reading newspapers, online articles etc. Through our smartphone. Many of us find it difficult to read Hindi. As English is mainly used in digital works. Most of the people are very familiar with English when it comes to using a smartphone or any gadget. People of South India or people living in cities where Hindi is not used at all are not able to understand the paragraph or anything written in Hindi. 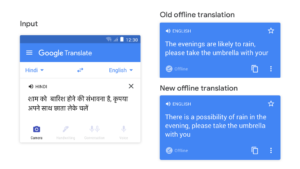 Google Translate is the most popular translation app available for both Android and iOS platform. Through this application, You can Translate between 103 languages by typing method. The Google Translate app has a popup feature which pops-out when you copy the text in any app in your device and it translates the text with a single tap. In case you don’t have an active internet connection. Don’t worry, it also works offline. It also has camera mode, through which you can translate the Hindi text to English by taking a picture. Through this app, you can also do two-way instant speech translation. 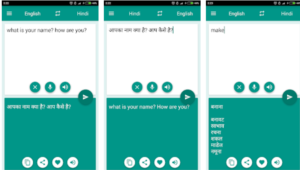 Hindi-English Translator is the another for Hindi to English Translation apps. This app is developed by Klay’s Development and it is the lightest app for translation. The Size of this particular application is only 2.7MB. It is a free app which can translate English to Hindi and Hindi to English words as well as complete sentences. The app is very quick and easy to use. It only supports two languages Hindi and English such that it is very to use. User can easily translate using Copy and Paste or through voice input. It also features various interface settings, History and favourite option to save a particular word or sentence.

Hi-Translate is a free translator app available for both Android and ios platform. It supports up to 88 languages including Hindi to English translation. It is a great application which can be applied to almost any application such as Facebook, Whatsapp, twitter etc. For translation purposes. To use this feature, You have to drag the floating ball to the text or double click the floating ball to translate the Hindi language into the English language. It also supports image translation as well.

Microsoft Translator is another popular app for translating Voice Speech, Text, Photos etc. The app is officially developed by Microsoft Corp. And supports 60+ languages. It supports text translation in over 60 languages ​​for offline. And camera translation to translate text into photos and screenshots. The app also features two-way chat support which is very helpful for those people who want to chat with foreign people without knowing their language.

Tranit is one of the best Hindi to English Translation Apps which are available for both android and ios. It also has a drag translation ball feature through which you can translate the languages. The app supports 100+ local languages with automatic language detection. It automatically detects the source language and translates the text into the language. You need.

That’s it in this post of Hindi to English Translation Apps. If you are facing issues in downloading any of the apps then please comment down below. All the apps included in this post are tested by our Team and 100% working in both android and iOS platform.