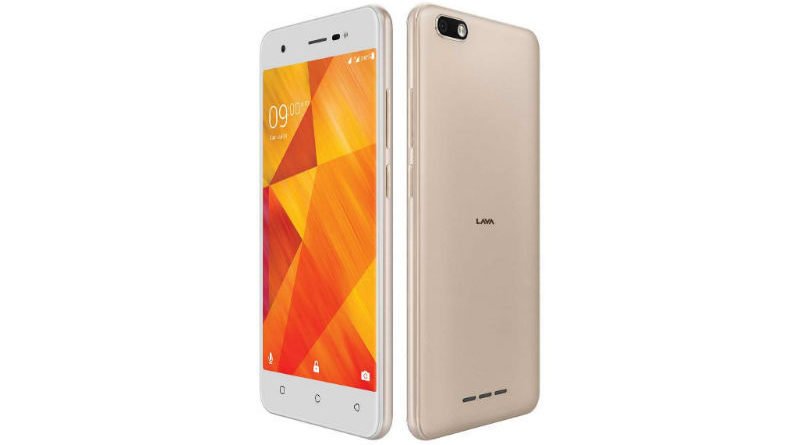 Lava Z60s : The Indian Smartphone Manufacturer Lava , has just launched its new smartphone in its Z series. The Lava Z60s is the latest entry level Affordable Android smartphone which comes under Rs. 5,000 . The Z60s is the updated version of the Lava Z60 launched Last year in October in India. The company has 6 smartphones in its Z series Line-up Z60,Z70,Z80,Z90,Z61 and Z91. The main highlights of Z60s Smartphone are 1.5GHz Processor , Sharp Click camera and Android Go Edition ( Android Oreo).

The smartphone comes with a 5-inch HD display with aspect ratio of 16:9. The device is powered by an quad-core processor clocked at 1.5GHz. Camera wise , Lava Z60s comes with a ‘Sharp Click’ technology based camera. The device gets a a 5MP rear camera with AutoFocus and a 5MP front camera as well. The camera in the device also features Bokeh Mode and LED Flash at both the sides. The phone comes with 16GB internal storage which be further expanded upto 64GB via microSD dedicated slot.

Connectivity options in the device includes 4G VoLTE, Wi-Fi 802 b/g/n, Bluetooth 4.0, GPS/ A-GPS, FM radio, and a 3.5mm headphone jack. Sensor on the Lava Z60s includes accelerometer, ambient light sensor, and proximity sensor. Talking about Battery Lava Z60s is powered by 2,500mAh Battery and lava claims that it will provide up to 15 hours 20 minutes of talk time, 14 hours 42 minutes of talk time and 357 hours 19 minutes of standby time.  Heading towards the dimensions of the device, the Lava Z60s measures 144.3×71.4×8.5mm and weighs 136 grams.