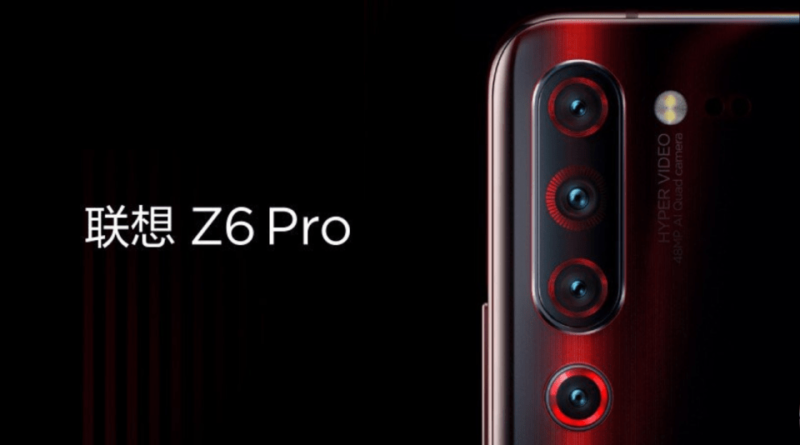 Lenovo has confirmed the launch of its next Flagship Smartphone Lenovo Z6 Pro. The Smartphone is going to launch on 23 April 2019 in China as confirmed by the Company. Now , the company has posted a new teaser image of Lenovo Z6 Pro on its socal handle which clearly reveals the Quad camera setup at the rear of this upcoming smartphone. The older leaks of this smartphone shows the single camera with LED flash but now company has officially teased the smartphone images , which confirms that the device will come with AI Quad camera setup.

By looking at the Lenovo Z6 Pro teaser , we came to know that the Laser Autofocus is missing in this particular device. In Past Lenovo has teased images which are very different from actual device. It looks like the same thing is going to happen again with this device. It iwill not the first smartphone which will feature Quad Camera setup. As Samsung has already launched A9 which also features Quad camera Setup. And recently Huawei has Also Launched P30 Pro with Quad Camera setup.

Coming to the specification and features of the device. Lenovo Z6 Pro will feature Quad Rear Camera setup with a 48MP Primary Camera with Sony IMX586 sensor. It will powered by the 7nmn Qualcomm Snapdragon 855 SoC coupled with the Kryo 485 CPU and Adreno 640 GPU. The device will be designed on metal frame and it will get curved glass body. The company willl also launch its 5G Variant which will feature the Snapdragon X50 5G modem. Talking about battery capacity , it will power by the 4,000mAh battery which will also support Quick Charge using Type C port. It will run on Android 9.0 Pie based ZUI out of the box. As far as India launch is concerned , it might not launched in India any time soon.