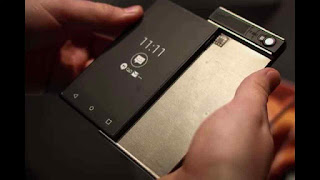 In June 2017 many companies launches their new smartphones in Indian market, as Indian Market is very Large market for smartphone companies so they are focusing to make available their best and flagship smartphones for Indian users. In July 2017 many companies are planning to launch their many smartphones for Indian Users like Xiaomi, ZTE,Lenovo,Moto etc so we have maded a list of top 5 Upcoming smartphones to launch in July 2017, many other smartphones are launching in July but in this list we have added top 5 best of these smartphones:-
1. Mi Max 2
Mi Max was Launched in June 2016 in India , it was the bigger version of Redmi Note 3 and this phablet like smartphone performs very well in India due to its large display and performance it gave, Mi Max 2 is the upgraded version of Mi Max (1st gen), The smartphone comes with 6.44-inch Full HD display . It comes with unibody metal design which gives premium look to the device. Battery power also increases to 5,300mAh capacity and is mentioned to give 57 hours of talk time and 18 hours of video playback by the company. It cdomes with same processor like Redmi Note 4 ,Snapdragon 625 octa-core processor with 4GB of RAM and 64GB/128GB of internal storage. Coming to the camera, the device comes with 12MP rear camera with PDAF and f/2.2 aperture and 5MP front camera with 85-degree wide-angle lens and f/2.0 aperture. It supports dual SIM dual standby and basic connectivity features like 4G LTE, Wi-Fi, Bluetooth 4.2, GPS, GLONASS, 3.5mm Audio port, and a USB Type-C port. The device also get fingerprint Sensor at the rear.
ZTE Nubia Z17ZTE launches its Z17 mini in India few months ago which has got Dual cmera setup , Now company is going to launch its new flagship Z17 the large and upgraded version of Z17 Mini.We expect the smartphone will arrive in few weeks in India. ZTE Nubia Z17 is powered by Snapdragon 835 processor with 6GB and 8GB RAM options. The smartphone is both water and dust resistant as it has got IP Certification . Well the major Drawback of this smartphone is that, it doesnot comes with 3.5mm Headphone Jack but comes with a single USB Type-C port which can be used to port type C headsets. It comes with a 5.5 inch two sided bezel less display with Full HD 1920 x 1080 pixels resolution which is protected by a 2.5D Corning Gorilla Glass. The smartphone runs on Android 7.1.1 Nougat based on Nubia UI 5.0 out of the box. Comingto the camera department, the Nubia Z17 comes with 23MP + 12MP dual lens camera with, Dual Pixel focus with f/1.8 aperture and Sapphire lens and a 16MP front camera on the front with 80degree wide angle lens.
LG V30LG V30 was first showcased in MWC this year , the smartphone packs very good features and company is planning to launch in second half of 2017. LG V30 is powered Snapdragon 835 chipset. It also features the glass back body which will also offering wireless charging along with IP68 certification. But this time company is not offering secondary display as seen on the previous smartphones V10 and V20, the upcoming LG V30 may feature an inset camera as first seen on the Essential first smartphone. It comes with infinity display featuring OLED curved display as well. We expected that the official launch of the LG V30 will held at the IFA 2017 in September 2017 in Berlin. LG V20 was the world’s first smartphone to launch with installed Android 7.0 Nougat out of the box, we expected that new android 8.0 will come with the LG V30.