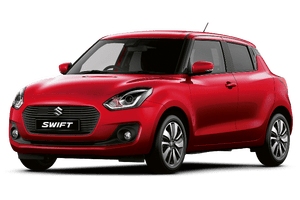 Maruti Suzuki Swift 2018 : Price in India, India Launch Date Specifications and Features . When Will swift 2018 launch in India and Expected Pricing : The date on date, date of the date has become something similar to Maruti Suzuki Swift. People are expecting it, and some of it is not known, since the last one year since the news of its arrival, maybe Google has also become disturbed so why are people searching so much? What is it? Why is it so prolonged? Let’s understand what’s new in the new swift and why this new thing is important? From the beginning exterior.

When the whole platform of the car has changed, then the car itself has become new, so now this car has been prepared on Baleno’s HEARTECT platform, the length, breadth and height of the change is of the mere name. But this car has become very safe and stable due to the new platform. Completely new LED lights, new bumpers, fog lamps of new designs will look the same as Dzire? Why Dzire has launched first, even before Swift, above the same swift

But a very big change is in the back door. Yes Yes, the new handle of the new Maruti suzuki swift has shifted upwards, just like you have seen in Chevrolet Beat, and this new door handle is very great due to which there has been a big change in the look of the car, now its Roof has started floating and this is the reason why this car looks just fine with the old car due to its own door handles.Now there is a larger size window in the rear. Rear Tail light I have been using more LEDs now, though the rear door has changed. The bumpers feature is Completely New. In true words, it is so beautiful that ugli does not look like before.

The car has changed completely, but the engine itself is the same, that is, the same 1.2-liter K12 petrol engine is given in the car and the same 1.3 liters ddis diesel engine will be given which gives 75bhp power.

There is a whole new dashboard in the car, the steering wheel D is in shape as you have seen in dzire, this dashboard looks exactly like dzire based on the new swift. There is also a push button start stop facility in the car, there is a brand new infotainment system in the car that you have seen in Baleno, Dzire and IGNIS . In the Infotainment system, this Infosystem System comes with four speakers and two Twitter comes with Car Steering Mounted Controls you will find USB and aux input, Bluetooth connectivity will be standard in this Infotainment system. The space in the rear of the car is better now and it is more comfortable than before.

The car has become more safe than ever because of its new platform, although in the car ABS, EBD and 2 Airbags have now become standard, the ISOFix child seat is present.The rear parking camera and parking sensor are present.