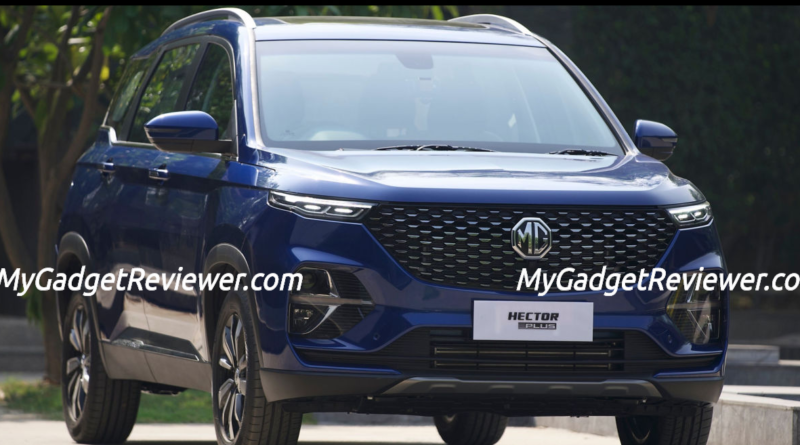 In 2020 Auto Expo MG showcased the six-seater version of the Hector. Now, the company has started production of this upcoming car – “Hector Plus” at the Halol plant in Gujarat. The company has also teased the SUV with the leg swipe tailgate open feature in its new video. The teaser suggests that the car will be launched in India soon and according to reports, it will be launched in India in July 2020. It will be based on Hector platform and get more features. 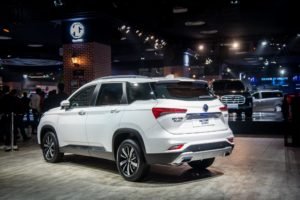 The Hector Plus will be a three-row version of the regular Hector with a total of 6 seats. It will have 2 captain seats in the middle row. A bench seat for two passengers will be given in the third row. It will have minor cosmetic changes and more features than regular Hector. In terms of dimensions, it will have a length of 4,695 mm, which is 40 mm longer than a 5-seater. In addition to this, width, the height and wheelbase remain unchanged, with 1,835 mm in width, 1,760 mm in height and wheelbase of 2,750 mm, and a ground clearance of 198 mm. It will get some cosmetic changes such as new grille, redesigned headlamps, taillights and DRLs, new front and rear bumpers.

Recommended: MG ZS EV vs Hyundai Kona, Which Electric SUV you should Consider

In terms of features, it will get all the features that are available in regular hector including iSMART Next-Gen Technology through which you can turn Engine on/off the Car via App, Turn on/off AC via Mobile App, Control Car features via Voice etc many more features. Apart from the regular 5-seater hector, it can get a 360-degree camera, front parking sensor, slightly larger alloy wheels, third-row power socket/charging port and updated infotainment system. Apart from this, it will also get the leg swipe tailgate open feature which MG has already teased in its new teaser. 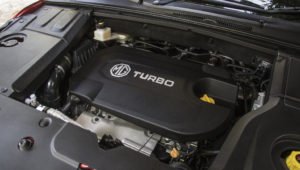 MG Hector Plus Price in India and Launch Date 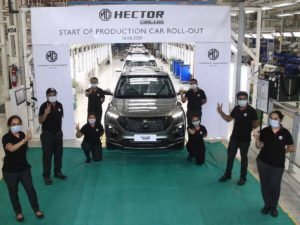 Production of Hector Plus has already started at the Halol plant in Gujarat. The company has confirmed the launch of the SUV and has also shared teasers on its social handle. It will launch in India in July 2020. According to reports, the price of Mg Hector Plus can be about 1 lakh more than its 5 seater variant. The prices of 5 seater MG Hector start from Rs 12.74 lakh and go up to Rs 17.73 (ex-showroom, Delhi). It will compete with the upcoming Tata Gravitas, Toyota Innova Crysta and the upcoming 7-seater Creta in the Indian market.