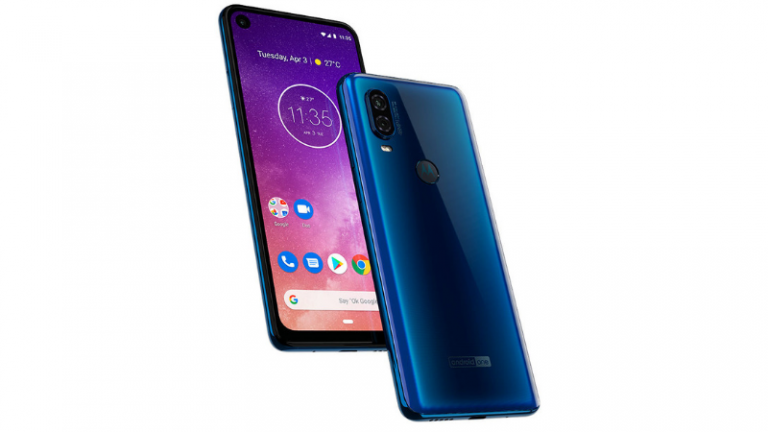 After so much wait Motorola has finally launched its Next mid-budget segment Smartphone Motorola One Vision in India. The smartphone was first announced in Brazil in May 2019 and it has officially made its debut in India. The main highlight of this smartphone is its CinemaVision LCD screen with an Aspect Ratio of 21:9 and embedded 25-megapixel front-facing camera.

This smartphone will compete directly with the Samsung Galaxy M40 launched in India a few days ago and offers good value for money with great specifications and features. Moto has priced the Motorola One Vision at Rs 19,999 and its the same price for the Samsung Galaxy M40. And the device is powered by Exynos processor which is mainly used by Samsung smartphones and its the first time Motorola is using Exynos Processor in its device.

Motorola One Vision Specifications and feature

The smartphone comes with a 6.3-inch Full HD+ LCD Display with an aspect ratio of 21:9 and pixel resolution of 1080×2520 pixels. The smartphone uses Punch Hole Type Display in which camera embedded in the screen. Coming to the performance, Motorola One Vision is powered by a 2.2 GHz Octa-Core Exynos 9609 10nm processor coupled with 4GB RAM and 128GB storage which can be further expanded up to 512GB via Mirco-SD Card. The device runs on Stock Android 9.0 Pie out of the Box. 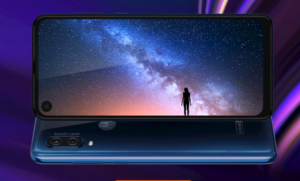 Talking about Camera, Camera is the main highlight of this Smartphone. It gets a 48MP primary rear camera with f/1.7 aperture and OIS support. The Motorola One Vision primary Camera works on Quad Pixel technology which delivers 12MP photos with more accurate colours, less noise and Adequate Brightness. There is a 5MP secondary rear camera with f/2.2 aperture with Night Vision mode which really helps a user to capture great images at Night. At the front, there is a 25MP front camera with f/2.0 aperture and 1.8µm Quad Pixel technology for capturing Crisp and sharp images.

The smartphone is powered by 3,500mAh non-removable battery which also supports 15W TurboPower fast charging. And Motorola claims that it can give up to 7 Hours of Charge with 15 minutes of charging. Other Connectivity Features include Bluetooth 5.0, Dual 4G VoLTE, USB Type-C port, Hybrid Sim Slot, WiFi, GLONASS, NFC, GPS and 3.5mm jack.

Motorola One Vision Price and Availability 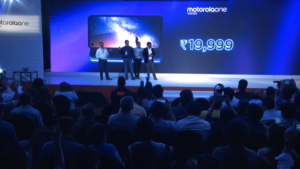 Moto has launched the device in only one variant which offers 4GB RAM and 128GB Internal Storage. The Motorola One Vision is priced at Rs.19,999 and it will go on sale from June 27 onwards via Flipkart. The device will be available in two colour options Sapphire Gradient or Bronze Gradient colour with Corning Gorilla Glass 4 Rear Glass Design.