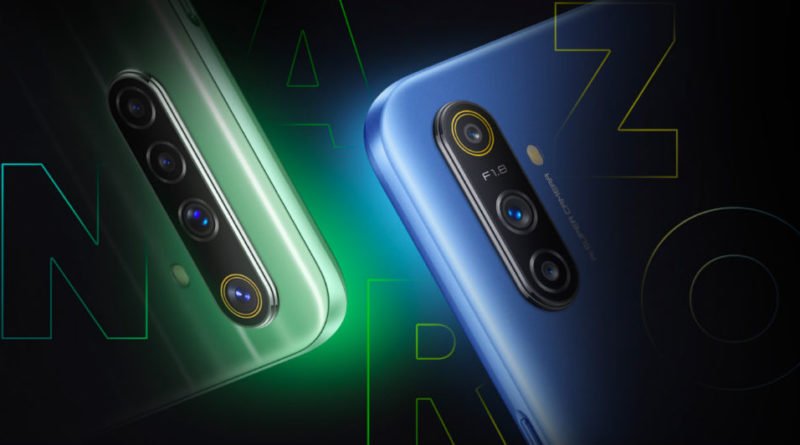 Realme Narzo 10: After launching the Realme 6 Series and  X50 Pro 5G in India. The company is all set to launch the Realme Narzo 10 Series in India very soon. Prior to its official launch, some of the specifications and features of Realme Narzo 10 have leaked. Realme Narzo 10 will be a mid-budget smartphone that will compete with the newly launched Redmi Note 9 Pro, Samsung Galaxy M21 etc. Devices in the Indian market.

The Narzo 10 will share the same body of Realme 6i, which was launched in Myanmar a few weeks ago. It will be the premium version of the Narzo 10A and will be 2,000 to 3,000 more than the 10A version. However, both the smartphone will share a similar display and battery capacity.

Coming to the expected specifications and features. The Realme Narzo 10 will sport a 6.5-inch HD+ Mini-Drop Display. With Resolution of 1600 x 720 pixels and aspect ratio of 20:9 and Corning Gorilla Glass 3+ protection.

When it comes to performance, it will be powered by MediaTek Helio G80 12nm processor. Coupled with Mali-G52 GPU. As Far as, Storage is concerned, it will get up to 4GB LPDDR4x RAM and up to 128GB internal storage which can be expanded up to 256GB via MicroSD Card. It will run on Realme UI with Android 10. 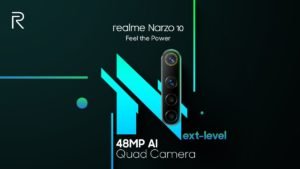 Heading towards the Camera. The Camera of Realme Narzo 10 will be one of its main highlights. It will get quad-camera setup at the Rear. Witha 48MP Primary Camera with f/1.8 aperture, PDAF. An 8MP Ultra-Wide sensor, a 2MP macro camera and a 2MP depth sensor. Apart from this, there will be a 16MP Primary Camera with f/2.0 aperture at the front for taking selfies.

Coming to the connectivity features. The Narzo 10 will get WiFi 802.11 b/g/n, GPS, GLONASS, Dual 4G VoLTE, Bluetooth 5, 3.5mm headphone jack and USB Type C port. Apart from this, it will be powered by a 5,000mAh battery which will also support 18W Fast Charging.

Realme Narzo 10 will be the Indian version of Realme 6i launched in Myanmar. The 6i is priced at 2,49,999 Myanmar Kyat(approx. INR 12,999). So we can expect similar pricing in India as well. The Narzo Series is launching in India in April 2020. And it will be available for sale from both online and offline stores.

Best Washing Machines in India: The Festive Season is coming and its the best time to buy new home appliances.

How to Set Caller Tune in Vi Number For Free