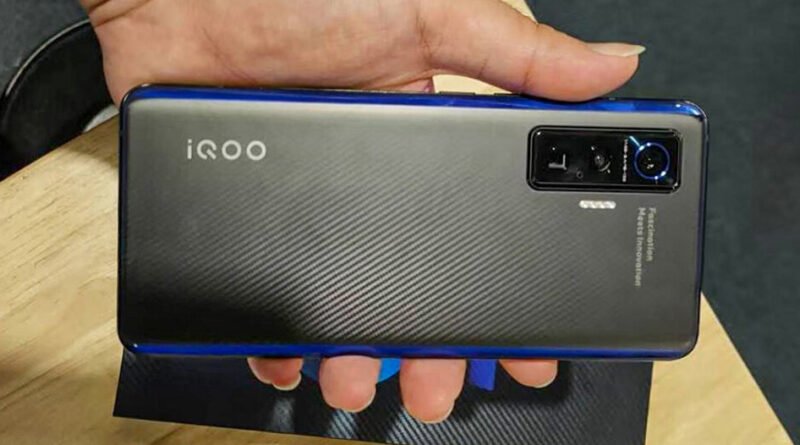 Chinese smartphone manufacturer Vivo’s sub-brand iQoo recently launched its new flagship smartphone iQoo 5 Pro in China. The Smartphone offers high-end specifications and features at great pricing. In addition, it is one of the first smartphones to feature 120W fast charging. According to leaks and rumours, this device can also be launched in the Indian market soon. The company launched one of its devices iQoo 3 in India in March 2020. In India, the iQoo brand is independent and operates separately from Vivo. The main highlights of the smartphone are  Snapdragon 865+ processor, 6.56-inch 120Hz Display and 50MP Rear Camera. 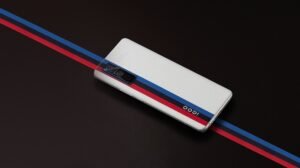 It comes with a 6.56-inch full HD+ Punch-Hole AMOLED display. The display offers a resolution of 2376×1080 pixels and aspect ration of 19:8:9. While the Refresh Rate of the Display is 120Hz. It will be available in two colour options Track Version and Legendary Edition Variants. The Track Version gets a carbon textured matt glass on the rear and blue accents at the edges. While the Legendary Edition gets Leather Finish at the Rear. The company has also partnered with BMW M Motorsport for these Special variants.

As far as performance is concerned, it is powered by Qualcomm’s Flagship Snapdragon 865 SoC coupled with Adreno 650 GPU. The iQoo 5 pro also gets a VC liquid cooling heat dissipation system with thermal conductivity gel. For Storage, it packs up to 12GB of LPPDR5 RAM and up to 256GB UFS 3.1 storage. The device runs on iQOO UI 5.0 based Android 10 out of the Box.

Coming to the Camera. It sports a Triple rear camera setup with a 50-megapixel Samsung GN1 Primary Sensor with f/1.85 aperture, a 13MP wide-angle lens with f/2.2 aperture, and an 8-megapixel periscope camera with f/3.4 aperture. While the front gets a 16MP Selfie camera for taking Selfies. The Camera also gets OIS, 60x digital zoom and 5x optical zoom.

On the other hand, the device packs a 4,000mAh battery which also supports 120W Fast Charging. As of now, it is one of the few devices to have 120W fast charging support. According to reports, it can charge your battery within 15 minutes. For connectivity, it gets 5G, Dual SIM, Wi-Fi 6, Bluetooth v5.1, NFC, GPS, USB Type-C and other basic connectivity features.

Price and Launch Date in India