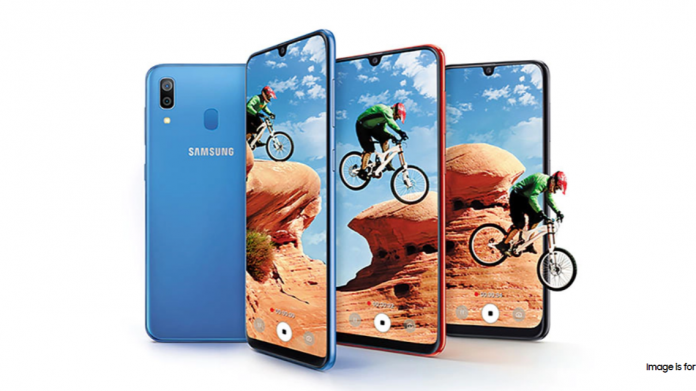 Samsung has launched its new mid budget segment smartphone Samsung Galaxy A30 in India under its A Series. The smartphone comes with great specifications and features at a value for money pricing. The company has also launched its Bigger version , Galaxy A50 in India. The main highlight of the device is Super AMOLED Display and Dual Rear Camera support. The smartphone can be purchased through online and offline stores as well from March 2 onwards.

Samsung Galaxy A30 Specifications and Features

The smartphone comes with a 6.4 inches of Super AMOLED display with FHD+ resolution and there is a Infinity-U style notch at the top. Coming to the performance , he device is powered by the Exynos 7904 coupled with 4GB of RAM and 64GB internal memory.

Talking about Camera and other features ,Samsung Galaxy A30 comes with a dual rear camer setup which includes a 16MP primary snesor with a 5MP depth sensor. At the front there is a 16MP selfie camera with f/2.0 aperture for taking great selfies. The smartphone is powered by a 4000 mAh battery which also supports 15W fast charging. At the bottom there is a USB Type C port and fingerprint sensor is provided at the rear side below the camera.

Samsung has launched the Galaxy A30 in only one variant which gets 4GB RAM and 64GB internal memory. As far as pricing is concerned , it is priced at Rs 16,990 in India. The smartphone will be available from March 2nd through online and offline stores.