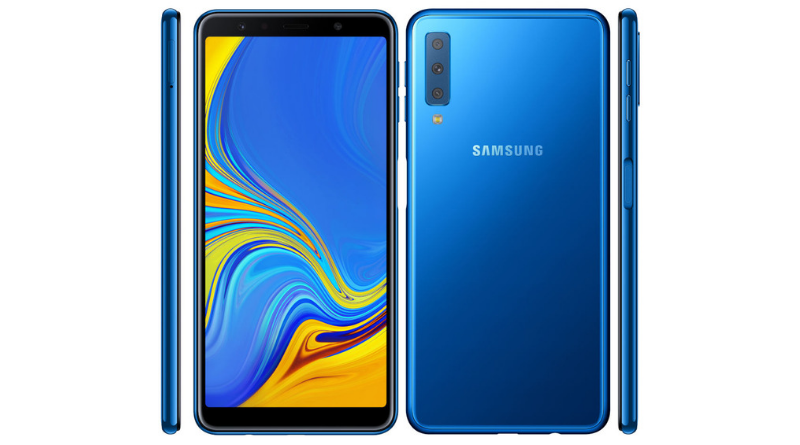 Samsung Galaxy A7 2018 : Samsung India has just launched its new Smartphone in its A series range  , Samsung Galaxy A7. The smarthone is the successor of galaxy a7 launched last year. It is the first device by the company which supports triple camera setup. The device comes in Mid-Budget segment category and comes with side-mounted fingerprint sensor. The main highlights of the smartphone are three rear cameras , 24MP Front Facing camera and FHD+Super AMOLED Display. 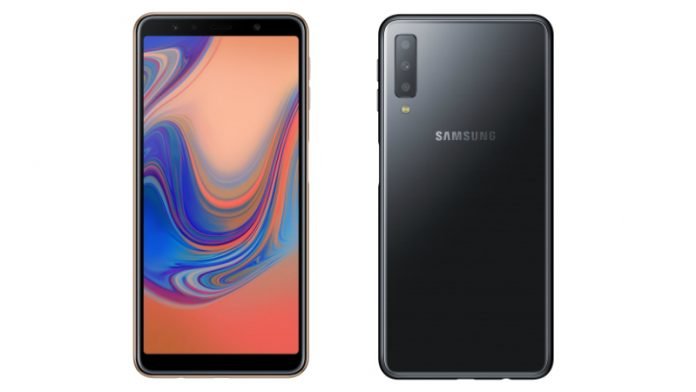 Samsung Galaxy A7 comes with a 6-inch Full HD+ with reolution of 1080 x 2220 pixels. The display is Super AMOLED Infinity display without Notch. Coming to the performance it is powered by a 2.2GHz Octa-Core Exynos 7885 processor . The smartphone also offers upto 6GB RAM and 128GB expandable storage up to 512GB via micro SD card. The Samsung Galaxy A7 2018 runs on Android 8.0 Oreo out of the box.

Talking about camera , it comes with triple rear camera setup with a 24MP primary camera with LED flash  and f/1.7 aperture, secondary camera is 8MP which is 120° Ultra Wide, and third camera is 5MP with f/2.2 aperture. There is a 24MP front camera with f/2.0 aperture and which also gets an adjustable LED flash support, AR emoji and Pro Lighting Mode.

Connectivity features in the device includes  Wi-Fi 802.11ac (2.4/5GHz), 4G VoLTE, VHT80, Bluetooth v5, GPS + GLONASS, and NFC. The samsung galaxy a7 2018 is powered by a 3300mAh non-removable battery with adaptive fast charging support. Design wise , it is made on metal frame with glass back and gets side mounted fingerprint sensor.

Samsung Galaxy A7 2018 is priced at €349 (translates to Rs. 29,385 approx.) for the base variant. The phone comes in three color options Blue, Black, Gold and Pink color . The device will go on sale in selected European and Asian markets from October onwards . The smartphone is expected to launch in India in Early october 2018.