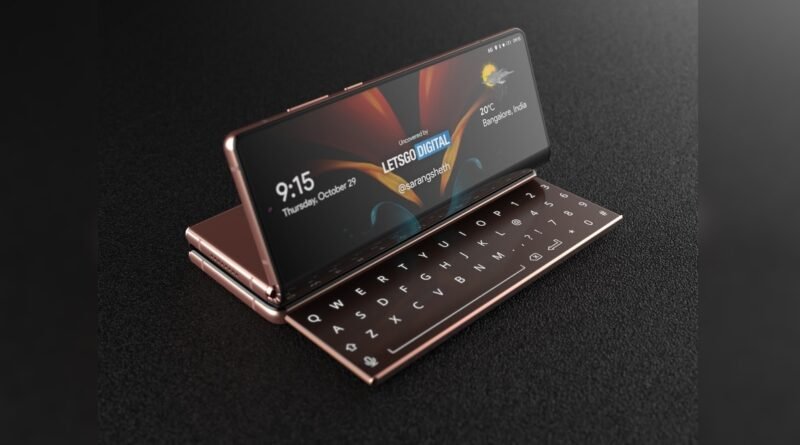 Nowadays, foldable smartphones are in trend and have become a topic of discussion among buyers. Currently only two manufacturers, Samsung and Motorola are offering foldable smartphones in the Indian Market. This year Samsung launched its Galaxy Z Fold 2 in India. It is still selling in good numbers. As per leaks, Samsung is now working on its next-gen Galaxy Z Fold 3 smartphone. Pieces of information related to this upcoming phone are now coming out. This phone will be launched next year and it will be an updated version of the current selling Galaxy Z Fold 2. According to the news, this phone will feature three folding screens, and sliding keyboard will also be given. With a sliding keyboard, it will be a great option for those looking for a mini laptop. So far no information has been revealed by the company regarding its launch date, specifications and price.

According to the LetsGoDigital report, Samsung has registered a display patent in mid-2018, whose sketches have come out that reflect the design of Fold 3. The recently revealed sketch shows that this upcoming phone will have three screens and a sliding keyboard. Apart from this, we can also expect ultra-thick protection glass in Samsung Galaxy Z Fold 3. 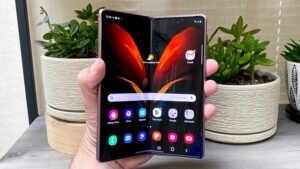 Currently, the Galaxy Z Fold 2 is Samsung’s latest foldable smartphone in India. It’s a great choice for users looking to buy a foldable smartphone in recent time. It comes with a 7.6-inch Full HD + foldable Dynamic Amoled Infinity O display with a resolution of  1768 X 2208 pixels and refresh rate of 120Hz. Apart from this, the device also sports a 6.2-inch Super AMOLED Infinite Fleace display, which has a resolution of 816 X 2260 pixels and an aspect ratio of 25:9.

For Performance, it has an Octa-core Qualcomm Snapdragon 865+ SoC processor with Adreno GPU.  In terms of storage, it gets a 12GB of RAM and 256GB of Internal Storage. It runs on One UI 2.5 with Android 10 out of the box. Talking about Camera. The Samsung Galaxy Z Fold 2 comes with a triple rear camera setup. With a 12MP Primary Sensor f/1.8 aperture, a 12MP ultra-wide-angle lens and 12MP telephoto lens. While the front gets a 10MP Selfie Camera for taking selfies. It packs 4,500mAh battery which also supports fast charging.