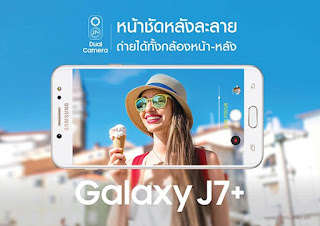 Samsung has just launched its New Flagship, the Samsung Galaxy Note 8, now the company is all ready to launch J7 + Plus, the next mid-budget segment device by Samsung. Samsung Galaxy J7 + Plus was leaked at Thailand, the J7 + Plus seems to have Dual Cameras at the rear and is expected to feature live focus feature which can also be found in Samsung Galaxy Note 8. The main highlights of J7 + PLUS will be its dual rear camera and bixby button. 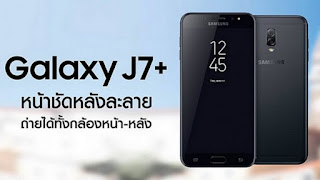 What is Live Focuse Feature in Samsung Smartphones

Live Focus feature is a feature which enables a user to change Bokeh effect of the Picture, which can work at both the times before or after clicking the picture. This feature can be found in Note 8 as well.

What is Bixby Feature in Samsung Smartphones

Bixby feature is the feature which can be found in many samsung smartphones like Note 8 etc. It is a an artificial system which is used to interact with devices more easily and reduces the complexity of feature rich smartphones, Bixby Button also helps in controlling TV,AC etc electronic appliances just like ir blaster. Bixby Button will be placed left hand side in J7 + Plus smartphone.