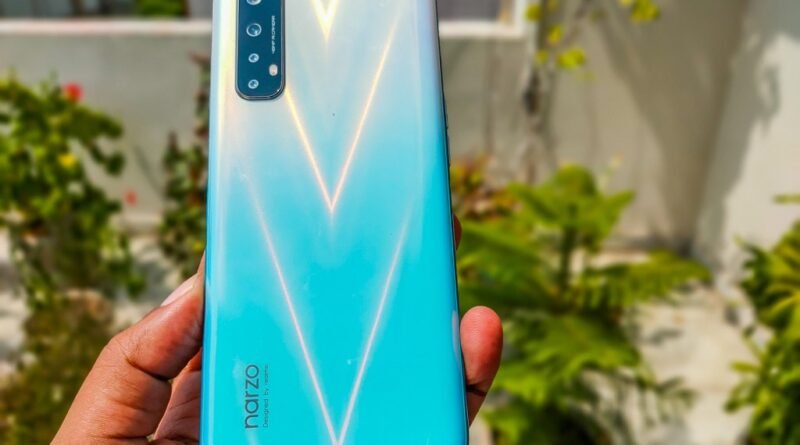 Recently, many smartphone manufacturers have launched several budget entry-level smartphones in the Indian market. The best-selling segment in the Indian market is the segment between 6,000 and 8,000. And this is the segment that most first-time buyers choose. If you are also thinking of getting a new budget smartphone, then this post can be helpful for you. In this post, we will you about 5 Best Phones under 8000 in India 2021. In this budget, you can easily find a feature-rich smartphone that can meet your normal usage. Also, if you are planning to buy a mobile for online classes for your child then this is the best budget. Through this post, all your confusion will be cleared and you will be able to choose the smartphone according to your need. 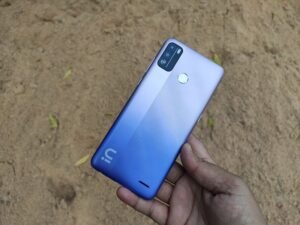 Micromax has made its comeback in India with the launch of its In Series Smartphones. In 1B is the latest budget smartphone from the brand which offers great specifications and features. It comes with a 6.5-inch HD+ Mini-Drop display with a resolution of 1600 X 720 Pixels.  For performance, it is powered by the MediaTek Helio G35 Processor with IMG PowerVR GE8320 GPU. In terms of storage, it comes in two storage variants, 2GB of RAM with 32GB Internal Storage and 4GB of RAM with 64GB Internal Storage. The Smartphone also supports MicroSD Card for Storage expansion. It also gets the USB type C ports.

Coming to the optics, It comes with a 13MP primary camera and a 2MP secondary camera on the rear. At the front, it gets an 8MP shooter for taking selfies. The IN 1B packs a 5000mAh battery which also supports charging at 10W. It’s a perfect phone for buyers looking for a long battery smartphone with decent performance and Stock Android Experience.

Pros of Micromax In 1B

Cons of Micromax In 1B 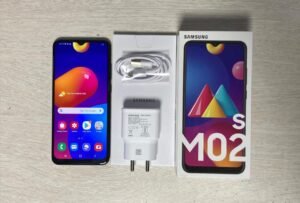 Samsung has recently launched its New Budget Smartphone under its M series, the Galaxy M02s. It is a great smartphone for users looking for a Best Branded Mobile Phones under 8000 Price. However, the price of M02s starts at RS 8990 in India but by availing Bank Discounts & Cashback offers you can easily get in under Rs 8,200. By adding a couple of hundred rupees you can get a branded smartphone which makes it one of the best mobiles in this segment.

The Galaxy M02s sports a 6.5-inch HD+ waterdrop notch TFT LCD display with a 20:9 aspect ratio. As far as performance is concerned, It is powered by the Snapdragon 450 octa-core SoC coupled with Adreno 506 GPU. You can get its 3GB RAM + 32GB Storage Variant in this segment. The smartphone also supports MicroSD Card to expand the storage.

Coming to the Camera. The Galaxy M02s comes with a triple camera setup with a 13-megapixel primary camera, 2-megapixel depth sensor, and a 2-megapixel macro lens. Upfront, it gets a 5MP selfie camera with f/2.2 aperture. The smartphone packs a 5,000mAh battery with 15W quick charge support. 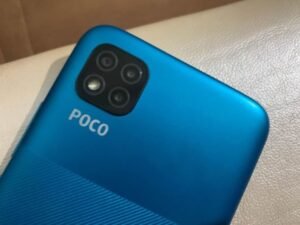 The Poco C3 is another smartphone which offers decent specifications in this budget. The Smartphone has recently received a price cut and now available under Rs 8000. It comes with a 6.53-inch Waterdrop Notch Style IPS LCD Display with a resolution of 720 X 1600 Pixels. For Performance, it gets a MediaTek Helio G35 Processor with IMG PowerVR GE8320GPU. In terms of Storage, you will get 3GB of RAM and 32GB Internal Storage Variant at this budget. Camera-wise, it comes with a triple rear camera setup, Featuring 13MP Primary Camera with f/2.2 aperture, 2MP Micro Lens and 2MP Portrait Lens. At the front, it features a 5MP Selfies camera with f/2.2 Aperture. It packs 5,000mAh battery which also supports fast charging. 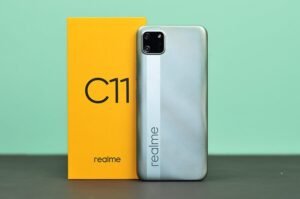 The Realme C11 is the Entry-Level Smartphone which comes with decent specs. It sports a 6.5 inch Mini Drop Display with a resolution of  720 X1600 Pixels. The Smartphone is powered by MediaTek Helio G35 Processor coupled with IMG PowerVR GE8320 GPU. In terms of Storage, you will get 2GB of RAM and 32GB Internal Storage which also supports MicroSD Card for Storage expansion. For Optics, it sports a Dual Camera Setup featuring 13MP Primary Camera with f/2.2 aperture and 2MP Secondary Camera with f/2.4 aperture. At the front, it gets a 5MP Selfie Camera with f/2.4 aperture. The Smartphone packs a 5,000mAh battery which also supports fast charging. 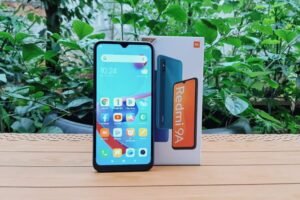 Xiaomi, the second most selling smartphone manufacturer in India has its Redmi 9A in this segment. It comes with a 6.53-inch HD+ Display with a resolution of 720 X 1600 Pixels. For performance, it gets a MediaTek Helio G25 Processor coupled with GPU. The Smartphones features a single-camera setup with 13MP Primary Camera with f/2.2 aperture. Upfront, it gets a 5MP selfie camera. The smartphone packs 5,000mAh battery which also supports 10W Fast charging.

Pros of Redmi 9A

Cons of Redmi 9A

That’s it in this post of ” Best Phones under 8000 “. If you have any questions / Doubts / Suggestion regarding any particular product then please comment down below.