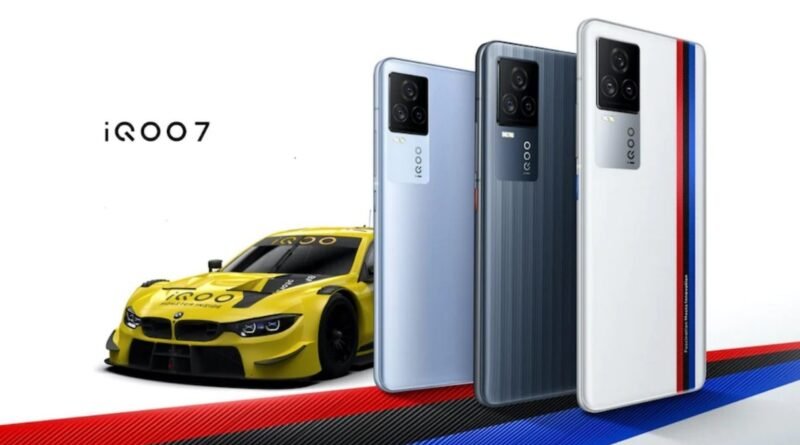 Vivo sub-brand iQoo launched its first smartphone iQoo3 back in 2020 which comes with flagship specs at an affordable price. Now, the company is all set to launch its new flagship series iQoo 7 5G in India on 26 April. The upcoming series will have at least two smartphones and according to the leaks, these smartphones may be iQoo 7 and iQoo 7 legend. Both these smartphones will have 5G support and these phones have already been launched in China. Also according to recent leaks and rumours, the regular IQoo 7 will be the rebranded version of the IQoo5 Neo. E-commerce company Amazon India has already teased the series on its website. The listing reveals that it will be sold in India through Amazon. Let’s take a look at the specs of these upcoming smartphones 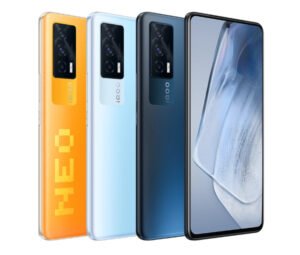 Starting from iQoo 7. According to recent leaks, it will be a rebranded version of the iQoo 5 Neo 5G which was launched in China a few weeks ago. It will come with a 6.62-inch full HD + AMOLED punch-hole display. The display will also have HDR10 + support and a 120Hz refresh rate. Apart from this, it will also have a built-in Pixelworks X5 Pro display enhancement chip. The rear of the smartphone will have an AG glass frosted back panel.

Under the hood, it will have a Qualcomm Snapdragon 870 SoC with Adreno 650 GPU. For a better gaming experience, this smartphone will also come with a 6000 mm graphite board liquid cooling system. For storage, it will come with up to 12GB LPDDR5 RAM and 256GB UFS 3.1 storage. The device will pack a 4,400mAh battery which will also support 66W fast charging.

As far as the camera is concerned, the iQoo 7 5G will sport a triple camera setup at the rear. With a 48MP Sony IMX598 Primary Camera, a 13MP ultra-wide camera and a 2MP mono depth sensor. At the front, it will feature a 16MP camera for taking selfies and video calls. 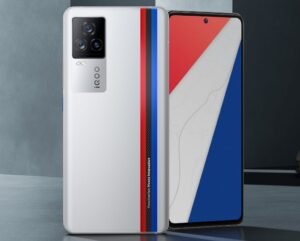 Coming to the iQoo 7 Legend. It will be a more premium and powerful smartphone as compared to the regular iQoo 7. It comes with BMW Motorsport’s Legendary Design which incorporates the three  Red, Blue and Black Carbon coloured vertical lines at the rear side of the smartphone. The Legend version will sport a 6.62-inch Full HD+ AMOLED Display with a 120Hz of refresh rate and a 300Hz touch sampling rate.

For Performance, it will be powered by Qualcomm’s Flagship Snapdragon 888 SoC coupled with Adreno 660 GPU. The device will also get VC cooling technology that comes with a Vapor Chamber. In terms of storage, it will also offer up to 12GB LPDDR5 RAM and up to 256GB UFS 3.1 storage.

As far as the camera is concerned, it will also come with a triple rear camera setup. It will sport a 48MP primary camera, a 13MP ultra-wide camera and a 13MP 50mm portrait camera with a dual-line motor.  It also supports Super Video image stabilization for movie-making. At the front, it will also have the same 16MP Selfie Camera.

The iQOO 7 Legend will pack a 4000mAh battery which will also support 120W fast charging. According to reports, it can charge the device from 0 to 100% in just 15 minutes.

The company has already stated that they will launch their Snapdragon 888-powered phone in India Under Rs 40,000. So it is possible that the price of iQoo 7 Legend will start from Rs 39,999 in the Indian market. Also, it will be the cheapest Snapdragon 888 powered smartphone in India. On the other hand, the regular version iQoo 7 is likely to be priced between Rs 25,000 and Rs 30,000 in India. Both smartphones will be sold through the e-commerce platform Amazon and will go on sale in early May 2021.