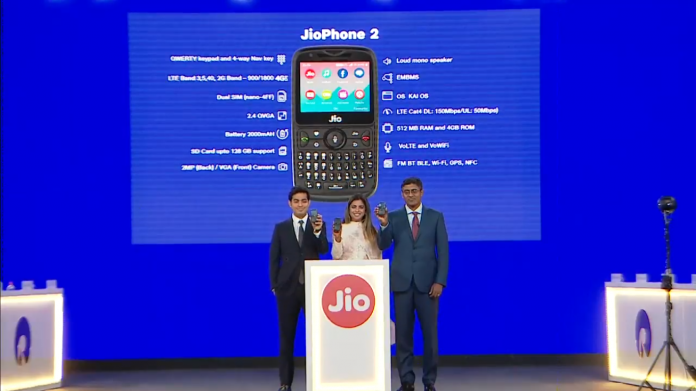 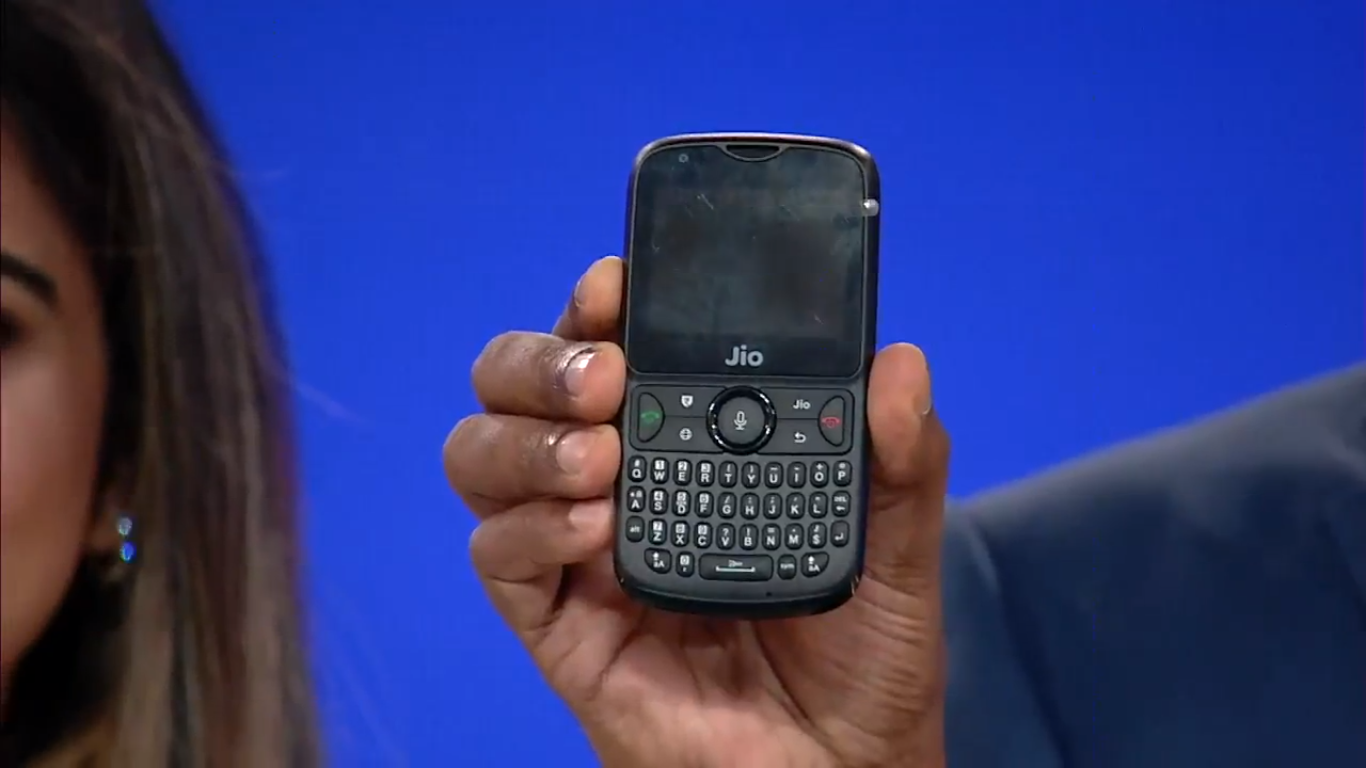 Jio Phone 2 is a qwerty keypad phone with design like old Blackberry Phones with horizontal rectangular shape. It comes with a 2.4-inch QVGA display panel and a QWERTY keypad which gets 4-way navigation key. The device runs on Kai OS which also runs on Jio Phone 1.

Coming to the memory, It comes with 4GB internal storage which is expandable up to 128GB via microSD and 512MB RAM. Talking about Camera, the JioPhone 2 comes with a 2MP rear camera and at the front there is a VGA camera. It gets a 2,000 mAh battery.As per Connectivity options, it will include VoLTE, VoWiFi, Bluetooth, WiFi, GPS, and NFC. It will also support Dual SIM (Nano + Nano) . The Jio Phone 2 will also support Facebook, YouTube, and WhatsApp as well. 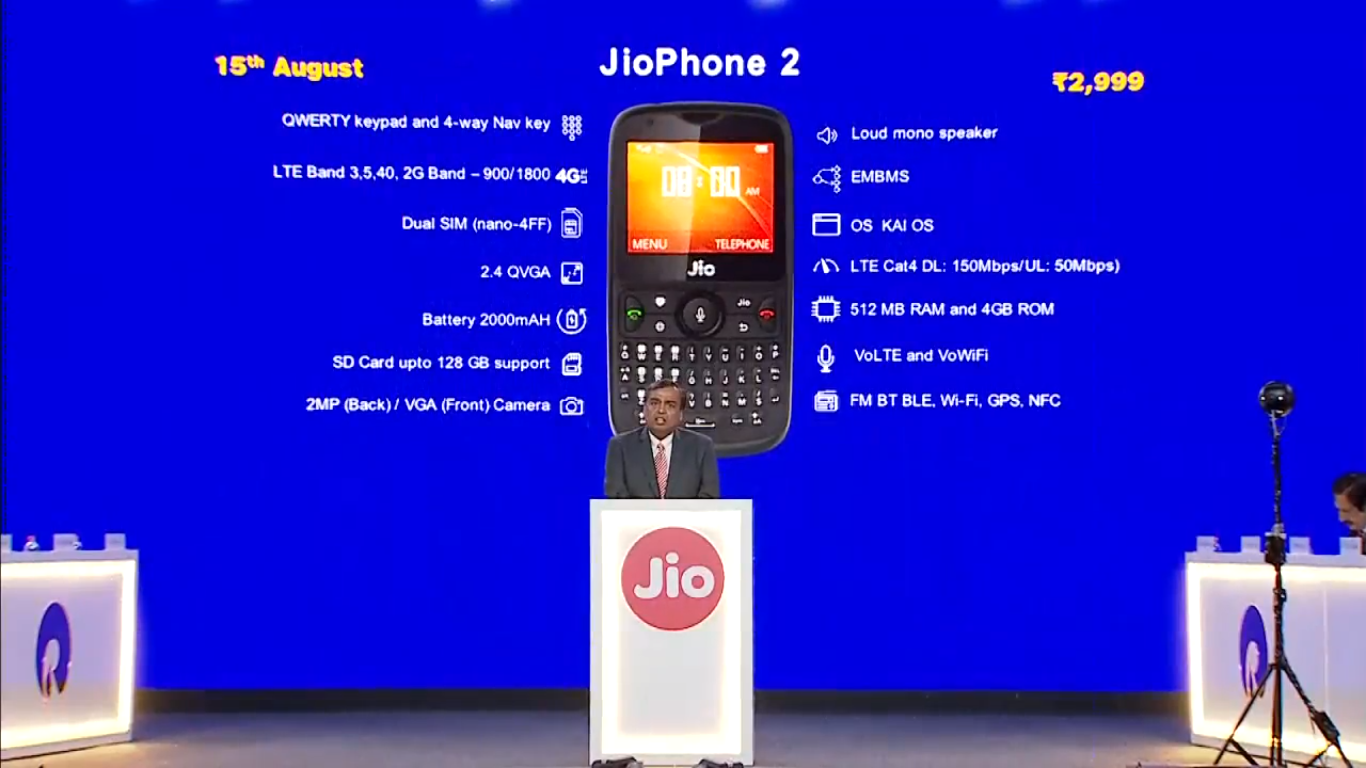 Jio Phone 2 will be available to register from August 15 onwards and it is priced at Rs. 2,999 for the New customers. Also the Jio Phone 1 will also available in Market to Purchase side by side. The company has also announced JioPhone Monsoon Hungama offer that allows jio phone 1 users to exchange their phone for the new JioPhone 2 for just for Rs. 501 which will start from July 21 onwards. 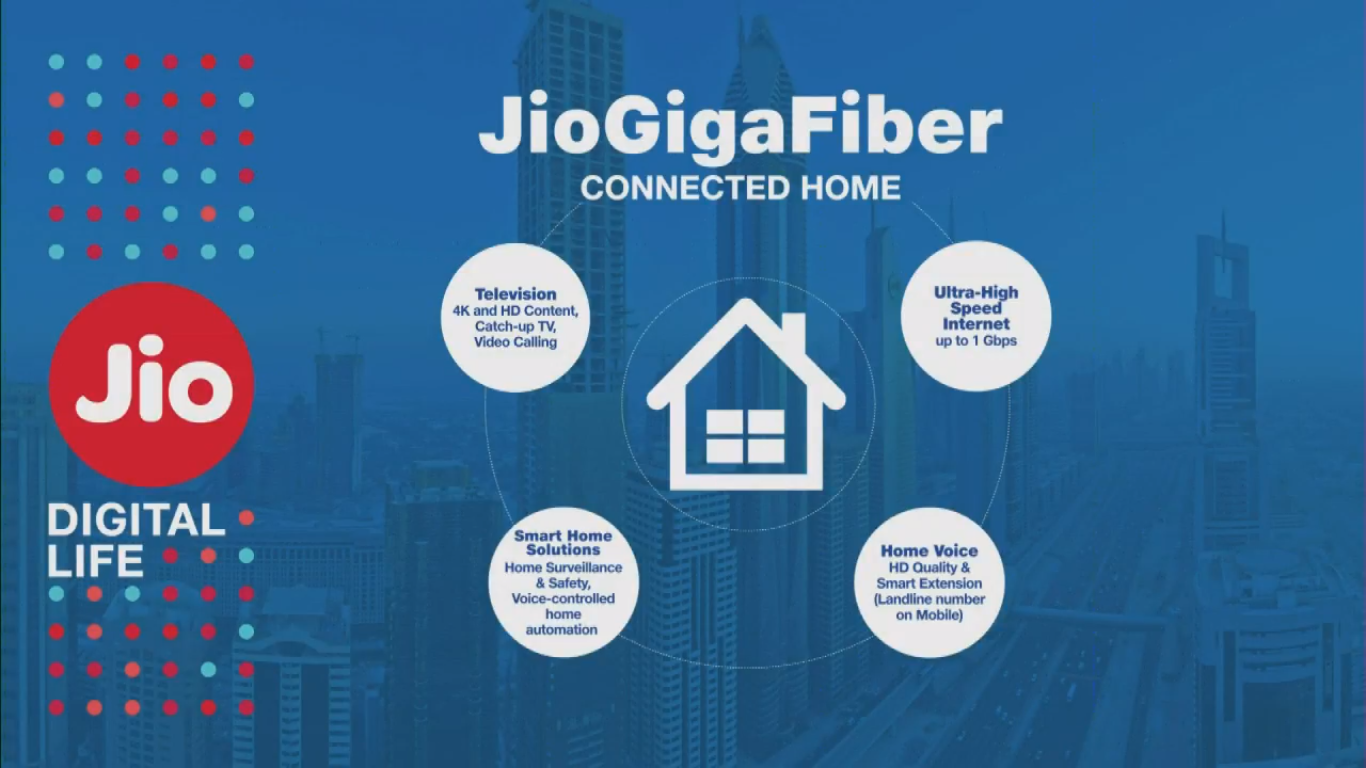 Jio GigaFiber is the most awaited fiber-to-the-home (FTTH) broadband service. After Few Months of Testing , Reliance Jio has Finally announced the Jio GigaFiber service. The company is claiming the Speed of upto 1Gbps , it will be the biggest greenfield fixed-line broadband service in the world with such speed. This service will be extended to offices , home as well as small ,medium and large enterprises in India across 1100 Cities.

The registrations for JioGigaFiber will start from August 15 via the Jio.com official Website and MyJio App. The ompany will roll out the connection according to the Registrations and interest of the People.