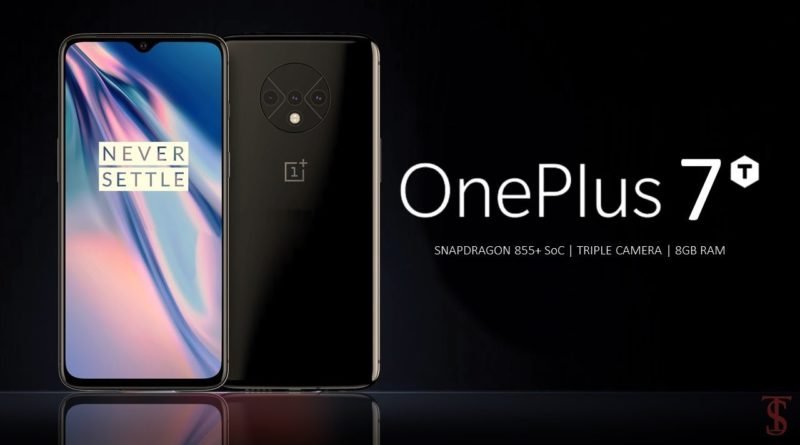 Oneplus 7T Specifications – After launching OnePlus 7 Series in May 2019, The Company is all set to launch the Updated Version of OnePlus 7 Smartphone on September 26 in India. This upcoming Updated version will be named as OnePlus 7T and the Pro variant of the smartphone with G support will be launched later, On 10 October 2019 at an event to be held in London.

This upcoming updated version of the smartphone will come with better 90hz Display (which we have already seen in OnePlus 7 Pro earlier in May 2019) and Improved Camera. Also, There are Rumours that the company will also launch its New OnePlusTV alongside with the Launch of OnePlus 7T Series.

Coming to the Specifications and Features. Starting Up with the Display. The display is the department where OnePlus has worked on. The Smartphone will now come with a 6.55-inch FHD+ AMOLED display. The display of the device will also get a 90Hz refresh rate. And HDR10+ support which we have already seen in its Pro Variant. It will also feature In-Display Fingerprint Sensor.

As far as performance is concerned. OnePlus 7t will be powered by Qualcomm Snapdragon 855 Plus processor coupled with Adreno 640. It will get up to 8GB of RAM and up to 256GB Internal Storage support. The device will run on Android 9.0 Pie with OxygenOS out of the box.

Talking About Camera, Camera is another department which makes the Oneplus 7T an upgrade. The Updated version Oneplus 7T will come with a Triple rear Camera Setup (there was a Dual Camera Setup in Oneplus 7). At the rear, there will be a 48MP primary sensor, a 12MP telephoto lens with up to 3x zoom, and a 16MP ultra-wide sensor. At the front, there will be the same 16MP Front Camera with some improvements.

Oneplus has already started sending media Invites. The launch event will take place on 26 September 2019 at Indira Gandhi Arena in New Delhi. Interested People who want to attend the event can buy tickets from September 20 through oneplus.in. The Price of 7T will be somewhere around Rs. 32,999 to Rs. 34,999 for the 6GB RAM and 128GB internal storage variant. The company will also launch the Oneplus 7t Pro Smartphone on 10 October 2019 in London.