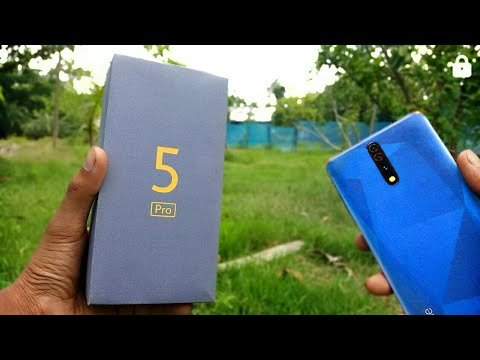 Realme 5 Pro Full Specifications and feature – Realme has just announced the launch date of Realme 5 series in India. The company is all set to launch two new devices in this series, Realme 5 and 5 Pro on 20 August 2019. Also, the Realme has also revealed that both the smartphones will feature Quad Camera setup at the Rear. This time the company is skipping the 4 series due to some reasons. As this upcoming 5 series will be the successor of Realme 3 series launched in March 2019.

In this post, we are talking about Pro variant of Realme 5 Series. If you want to know About Realme 5 Device then please check out here.  Also, keep in mind the specifications and features listed in this post are expected specs. we will confirm the specs after the official launch of the device, Realme 5 Pro will be mid-budget segment device which will compete with Smartphones like Redmi Note 7 Pro, Huawei Y9 Prime etc in India.  The main highlight of the smartphone will be Snapdragon 712 processor, Quad Camera Setup and 4,500mAh Battery.

Coming to the Specifications and Features. The smartphone is expected to come with 6.53 inches of AMOLED Display with Resolution of 2340 X 1080 pixels and waterdrop notch at the top. There are some rumours that the device may feature full view display instead of waterdrop notch display.

As far as performance is concerned, it will be powered by 10nm Qualcomm Snapdragon 712 octa-core processor coupled with Adreno 616 GPU. Storage-wise it will get up to 128GB Internal Storage and 6GB of RAM. 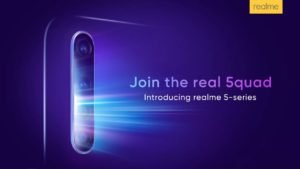 Talking about Camera. A few weeks ago, there were leaks and rumours that Realme will launch a 64MP Smartphone which can be Realme 5 Pro. But According to us, the 64MP smartphone will be launch after some time (near Diwali festive season) which means Realme 5 Pro is not coming with 64MP Camera. However, it is confirmed that Realme 5 Pro is coming with a Quad Camera setup at the rear. According to leaks, it will get 48MP Sony IMX586 Primary Sensor, an 8 MP secondary sensor, a 5Mp and a 2MP sensor at the rear. At the front, there will be a 16MP Camera for Taking selfies.