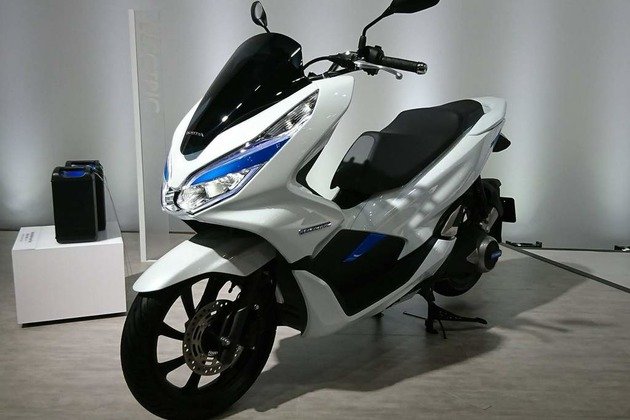 Honda Activa Electric Scooter- Honda Scooter is one of the most trusted and. Best-selling two-wheeler manufacturers in India. In 2019, we have seen new electric scooters and bikes launched in India. With the increase in petrol price day by day. Many new customers are willing to buy electric scooters over petrol.

Some of the leading scooters selling brands like. Hero, Honda, TVS, have not yet launched their first electric scooter in India. As a result. Many Electric Buyers are not interested in buying electric scooters. Except for the Bajaj Chetak. As there’s No other well-known Manufacturer has launched any of its electric scooters in the Indian market so far.

Honda Activa is the best selling scooter in India. It is also the best-selling product by the manufacturer itself. And according to leaks and rumours, the upcoming electric scooter from. Honda will be named as Honda Activa Electric.

Honda Activa Electric is expected to launch in India by the 2020 year-end or the Diwali Festive Season. Currently, the scooter is under the development at the R&D Center in Japan. After the completion of the overall development of the scooter in Japan. Honda will start its production in India.

Honda engineers are developing Honda Activa Electric keeping in mind the Indian road conditions. Such that, we can expect a product that will meet most of the consumer’s needs with excellent ride quality. 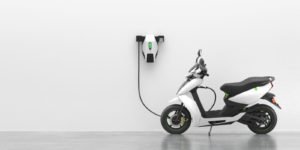 The vehicle range plays the most important role in any electric vehicle. In petrol scooters, you just have to add fuel according to your destination. But in the case of electric vehicles, riders ride according to the leftover range. As there are very limited charging stations available in India till now. Buyers are expecting high range scooter from Honda.

As per the leaks, Honda Activa Electric will have a minimum range of 100Kms in a single charge. And its expected maximum range will be 180Kms when the rider rides in economy mode on good roads.

Honda Activa Electric will be equipped with great specifications and features. In EV’s, the motor plays a major role. The motor is basically the heart of the vehicle. It is expected to get power from 1000 W motor. The next thing is top speed, top speed also plays an important role. According to leaks and rumours, it will be capable of running at speeds up to 75 kmph.

Coming to the charging time. The charging time plays the most important role to make the product successful and better from competitions. According to rumours, this upcoming electric scooter from honda will take up to 8 hours to get fully charged. Also, there are some leaks that It will also get fast charging technology in a higher variant which will charge the scooter within 2 to 3 hours. 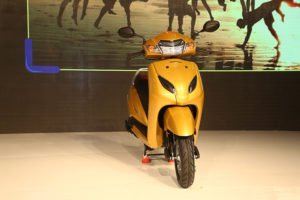 When it comes to design, Honda Activa Electric will get all new designs. And it will be completely different from the normal Activa which is currently on sale in the Indian market. To keep the vehicle light, it will have a plastic body instead of metal. It will also get disc brakes, alloy wheels, LED tail lamps and headlamps as standard across all variants.