In the month of June, we had seen some great smartphones launched in India like Lg W series, Motorola One Vision, Samsung Galaxy M40 etc. Now, most of the Viewers are interested to know about Upcoming Smartphones in July 2019 in India. In July 2019, manufacturers like Samsung, Xiaomi, Realme etc are planning to launch many new devices in India. If you are planning to buy a new smartphone then you must check out the specifications and features of these upcoming smartphones below.

Upcoming Smartphones in July 2019 in India 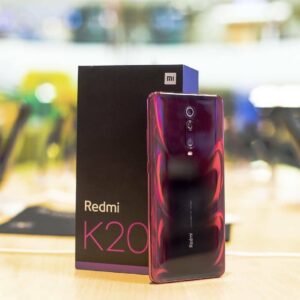 Redmi K20 series is the most awaited smartphones to launch in India. Xiaomi has already confirmed that they are launching Redmi K20 series in India very Soon. The company will launch two Smartphones K20 and K20 Pro under its K series. Redmi K20 Pro will be powered by Qualcomm Snapdragon 855 Soc while K20 will be powered by Snapdragon 730. Apart from this there will slightly any difference between both the devices.

The Redmi K20 Pro would get 48MP Primary Sony IMX586 Camera Sensor, an 8MP Secondary Sensor and a 5MP camera sensor at the Rear. As far as the front camera is concerned, it will get the 20MP front-facing camera with pop-up Functionality. Both the smartphones would be powered by a 4,100mAh Li-polymer battery which will also support fast charging. 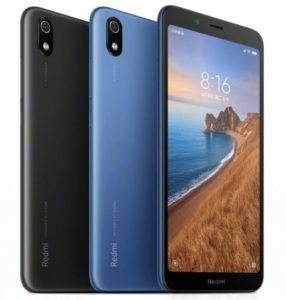 The next smartphone in our list of Upcoming Smartphones in July 2019 is Redmi 7A. Xiaomi has officially unveiled the launch date of 7A i.e 4 July. The smartphone will come under budget segment category with great specifications and features.

Redmi 7A would power by Qualcomm Snapdragon 439 SoC coupled with Adreno 505 GPU. Storage Wise, It will come with up to 3GB RAM and 64GB Internal Storage options. The device will come with a 5.45-inch HD+ Display with Resolution of (1440 x 720 pixels) and an aspect ratio of 18:9. As far as the Camera is concerned it will get a 13MP Primary Camera with LED flash and a 5MP Front Facing Camera for Taking Selfies. Read Redmi 7A full Specifications and features. 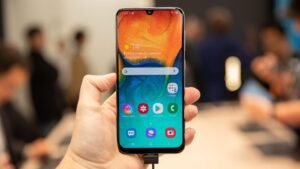 For the Users who want to know Samsung upcoming Smartphones in July 2019-  Samsung has launched Galaxy M30 in India in February 2019. Now, Company is planning to launch the updated version of it as Galaxy M30s.

The Galaxy M30 will come with a Triple Camera setup having 13MP Primary Sensor, 8MP Secondary Sensor and a 5MP lens to capture details. At the front, there would be a 16MP front-facing camera for taking selfies. The smartphone would come with 5,000mAh Big battery which will also support fast charging. 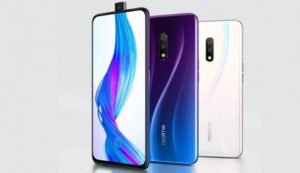 This upcoming smartphone will directly compete with Xiaomi Redmi K20 as both the devices would be powered by Snapdragon 730 and equipped with pop-up Camera. Realme X will come with a 6.53-inch Full HD+ AMOLED display. As far as the camera is concerned it would get 48MP Sony IMX586 Sensor and 5MP Secondary Sensor.

At the front, there would be 16MP Front-facing Camera with pop-up functionality. Also, there are leaks that Realme might also launch the pro variant of the device as well which would feature 64MP Camera and Snapdragon 855 processor.