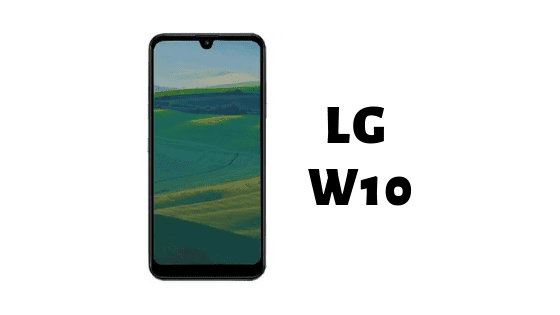 Samsung has launched its New M series in India in 2019. Now Just like the Samsung, Lg is also going to launch its mid-range W series in India. The company has already started sharing teasers on its social handles. The first smartphone to launch in W series will be Lg W10. According to leaks and reports, All the smartphones under w series will come with triple Rear Camera. The smartphone is expected to offer great specifications and expected to price under Rs.15,000. The device will compete with Samsung Galaxy M20, Redmi note 7 etc smartphones in India. The key features of the smartphones will be its MediaTek Helio P70 Processor, Triple Rear camera setup and 4,000mAh Battery.

The Lg W10 will come with 6.22 inches HD IPS LCD display with Pixel Resolution of  720 x 1550 pixels and 268 ppi. The display of the smartphone will feature DewDrop notch or Waterdrop notch at the top of the display. The smartphone will be powered by MediaTek Helio P70 Processor coupled with Mali G72 MP3 GPU. As far As Storage is concerned, the device is expected to get up to 3GB of RAM and up to 32GB of Internal Storage. It will run on latest Android 9 Pie out of the box with Stock Android or Lg Optimus UI on top.

Talking about Camera, The main highlight of Lg W series will be Triple Rear Camera Setup. Lg W10 will also get Triple-rear cameras set up. There will be a 13MP Primary sensor, 5MP secondary sensor and a 2MP sensor. As far as the front camera is concerned there will be an 8-megapixel sensor for taking selfies.

The Lg w10 will be powered by 4,000mAh Battery. Other connectivity options in the device will include dual SIM,4G, Wi-Fi 802.11, b/g/n, Bluetooth 4.2 etc Basic Connectivity features.