In June 2020, several manufacturers launched their flagship and mid-range smartphones in the Indian market. Devices like Moto Fusion +, Nokia 5310, Oppo Find X2 Pro have created a lot of buzz in the Smartphone market. After lockdown, many Smartphone manufacturers are planning to launch their flagship and Mid-Range Products in India. Now its Time to unveil Top 5 Upcoming Smartphones in India July 2020.  In this list, we are including only those devices that are most awaited by Indian Buyers and offer high-end Specs. 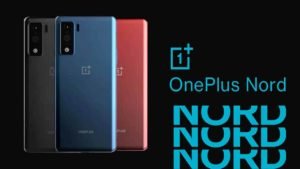 After Launching Android Tv Range in India. Oneplus is now all set to launch its Mid-Range Smartphone under its New OnePlus Nord Series in Indian Market. The E-commerce Website Amazon has already started teasing the smartphone along with some images. It will be the first time after the OnePlus X, the company plans to launch a device in addition to its regular series. OnePlus Nord is expected to come with a 6.55-inch Full HD+ Super AMOLED display with 90Hz refresh rate. The display will also feature the in-display fingerprint sensor.

In terms of performance, it is likely to power by Snapdragon 765G SoC coupled with Adreno 620 GPU. It will also get 5G Support. As far as the camera is concerned, it may get triple rear camera setup with 64MP Primary Camera, An 16Mp Secondary Sensors and a 2MP Lens. At the front, it might get a 16MP Selfie Camera. For Storage, it will get up to 6GB of RAM and up to 256GB of Internal Storage. The smartphone will launch on July 10 and may be available for purchase a few hours after launch. According to reports, the price of OnePlus Nord will start under Rs. 25,000 in the Indian market. 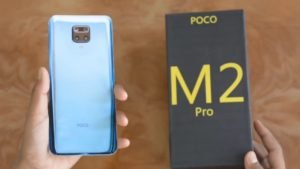 The Poco M2 Pro will be the next smartphone in the Poco lineup. It will sit below the Poco X2 in India and will be a competitor to the Redmi Note 9 Pro and Realme 6. Additionally, it will also share the same specifications as the Redmi Note 9 Pro. It will be Flipkart exclusive device and it has already started teasing the smartphone on its Website. The Smartphone has already spotted on geekbench which reveals some of its specifications.

The Poco M2 Pro is likely to come with a  6.67-inch Full HD+ IPS LCD Punch-Hole Display with a resolution of 2400X1080 Pixels. The M2 Pro will feature Side Mounter Fingerprint Sensor. As far as performance is concerned, it will be powered by Snapdragon 720G SoC coupled with Adreno 618 GPU. It will get a quad-camera setup at the rear which includes a 48MP primary camera, an 8MP ultra-wide-angle lens, a 5MP macro camera and a 2MP depth sensor. At the front, it might get a 16MP Selfie Camera. On the other hand, the main highlight of this smartphone will be its 33W Fast Charging. The Poco M2 Pro is launching on 7 July in India and Expected to start at a Price tag of Rs. 13,999. 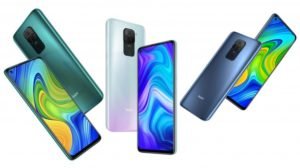 Xiaomi has recently launched the Regular Version of Redmi Note 9 in China. The Smartphone is expected to launch soon in the Indian market as Redmi 10X or Redmi Note 9.  It comes with a 6.53 inch of Punch-Hole Display with a resolution of 2340X1080 Pixels and an aspect ratio of 20:9. As far as performance is concerned. The Redmi Note 9 is likely to power by MediaTek’s Helio G85 SoC coupled with Mali-G52 GPU. Moreover, in Camera department, it will sport 48MP + 8MP + 2MP + 2MP Quad Camera setup. The device packs 5,020mAh battery which also supports Fast Charging.

After the Coronavirus epidemic and the China dispute, Indian buyers are boycotting Chinese products. This is a great initiative and we should support it. This will be a great opportunity for Indian mobile phone manufacturer Lava to re-enter the Indian market. In addition, Lava has confirmed on their social handles that they are coming with a budget Android soon. As there is no information related to its specification and features. According to reports, it will have a UniSok processor and 3 GB RAM.

Recommended– All You Need to  Know about Upcoming Lava Phone 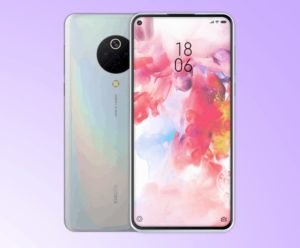 The Xiaomi A Series is one of the biggest hits of the Indian market. The Mi A-series features the Android One OS smartphones instead of the regular MIUI devices. The Xiaomi Mi A4 will be Xiaomi’s another upcoming smartphones in July 2020. It will be the successor to the Mi A3 launched in 2019. According to reports, Xiaomi will launch Mi CC10 as Mi A4 in Indian Market. It will come with a 6.53-inch display with a screen resolution of 1080 x 2400 pixels. As far as performance is concerned, it is expected to power by MediaTek Helio G85 processor coupled with Mali-G52 GPU. Moreover, in terms of camera, it is likely to get 48MP+8MP+2MP +2MP Quad camera setup.

That’s it, In this post of ” Upcoming Smartphones in July 2020 “. Many more smartphones are to be launched in India in July 2020, but those manufacturers have not shared any details with us so we have not included them in our post.